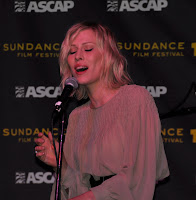 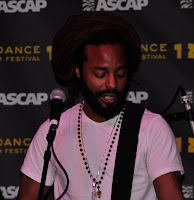 This feature documentary, directed by Peter Ringbom, premiered at the Tribeca Film Festival this year.  For those of you who followed my reviews on thereallybigshow.com, you know that I am a new fan of John Forte.  Never having heard of him before at the ASCAP Cafe at Sundance 2012 (my music knowledge base is very poor!), I fell in love with his ease and laid back charm, his charismatic smile, and his melodic voice.  Oh, my, his deep and and soothing voice captured my attention from the beginning.  After leaving the ensemble of Natasha Bedingfield, Ben Taylor, and John Forte, I immediately went back to my trusty laptop to figure out who all these people were!  (OK, I did know Natasha.)

Now I am looking at the Tribeca Film Festival line-up and I see there is a documentary on John Forte!  I knew this was one film I absolutely had to see while in NY.  Unfortunately, the bowling accident (don't ask!) with the resulting torn meniscus canceled my trip.  Luckily, I could view THE RUSSIAN WINTER on-line!  I have even more admiration for John Forte after learning about his life story! 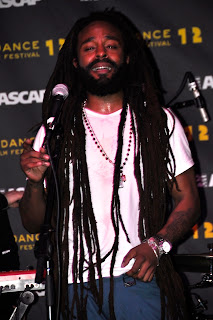 THE RUSSIAN WINTER is all about second chances and never forgetting who you want to be.  John Forte received a second chance at life thanks to people like Carly Simon who went to bat for him more times than he could have hoped.  You see, John Forte (for those of you who are challenged with musical information relevant to your era like me!) was born in Brooklyn, NY in a neighborhood which had many challenges.  Forte somehow overcame his environment and knew the importance of education for success.  He earned a full scholarship to Phillips Exeter Academy in NH and graduated.  He then attended NYU but soon dropped out to become a part of THE FUGEES.  The fame and not-so-much fortune was more than Forte could handle and he became involved in drugs which led to his arrest at Newark International Airport for possessing over $1 million of liquid cocaine.  He was convicted and sentenced to 14 years behind bars.

Fast forward from 2001 to 2008 when he was released.  This documentary takes place after Forte has been released from prison thanks to the tireless efforts of Carly Simon and her son Ben Taylor.  Forte's sentence was commuted.  Forte's journey to show others that he "can do better, be better, (and) help other people"is documented in 2011 as he traveled on a journey through Russia to share his music with another culture.  The documentary shows every aspect of John's personality from his love of his music, his ability to communicate so effectively both verbally and through music with others, and how dedicated he is to proving to himself and everyone that no one will be disappointed with giving him a second chance.

I don't want to spoil this documentary journey and tell you every aspect of it.  John Forte is a truly gifted individual who isn't afraid to share his guilt and his feelings about his life.  He also isn't afraid of trying a second time.  He knows there were so many who put their reputations on the line for him.  He would never let them down.

This is a must see when it is released.  His music is a "must hear!"  His reputation is that of a rapper.  I am not a fan of that genre of music.  I really wouldn't throw him into that classification.  His music is infectious.  He draws you in and you can't escape.  He blends the old with the new.  He is a true classic.
Posted by Unknown at 6:34 PM