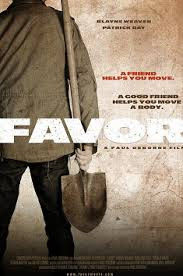 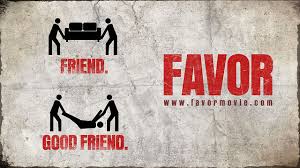 "Favor" had its Midwest Premiere at the Waterfront Film Festival to a packed house recently on a late Friday night.  Given its dark and twisted nature, nighttime was the perfect time to see this film.  "Favor" posed these questions...When you do a friend a favor, do you keep track?  And if you keep track, when do you call it "Even Steven?"  When Kip, a successful marketing agent accidentally murders his mistress in a seedy hotel room, he calls his childhood friend Marvin to clean up his mess. Marvin, an unemployed loser, apparently sees this as an opportunity to balance the scales.  How far will each of them go to get what they want? 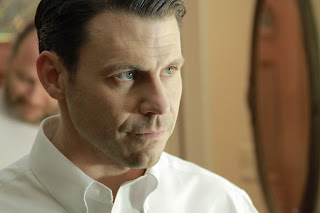 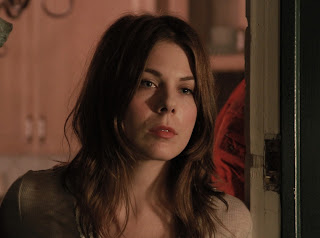 "Favor" was a powerful, suspenseful, and intense psychological thriller that kept you guessing at every dramatic intersection.  This film had more dangerous twists and turns than Mulholland Drive on a dark and stormy night.  Kip, in his perfect life where his colleagues admired him, women wanted him, and his adoring, beautiful wife trusted and loved him, didn't appear to realize what he had.  Greed got the better of him and when his bosom buddy from elementary school tried to make him realize this, in not so friendly ways, both Kip and Martin fell into a moral abyss.  As the decisions spiraled downward, I sat on the edge of my seat, sometimes holding my breath, not knowing what was going to happen next.  This unpredictability paired with the intensity of each and every deeper and darker situation, kept you glued to the screen.  How could Kip rectify the situation?  Kip just kept getting dragged further and further down the the slippery slope of life.  Take a deep breath here because even with all the intensity and violence, there was still humor interspersed.  The balance of all these factors made this film brilliant.  I'm not from England so I'm not throwing around the term 'brilliant.'  It truly was.  From the beginning to the end, you will never see what's around the next corner. 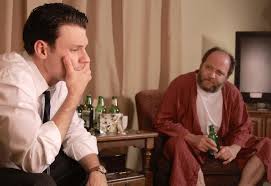 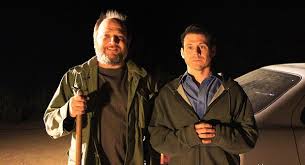 "Favor" was like few movies hitting the theaters these days in wide release.  It was a great story told well, as independent film supporter Robert Redford would say.  The script was concise and intelligently written.  However, even with a great script, you also need a talented cast.  "Favor" had not only a talented cast, but an outstanding one.  Blayne Weaver played Kip, the self-absorbed, egotistical, greedy yet successful marketing agent.  Patrick Day, starred as Marvin, the not-so-lovable loser.  His appearance, style of speech, mannerisms, and overall presence were increasingly more menacing and disturbing as the movie developed.  "Favor," made you realize that when you have the right script, the right cast, and the right director, you have a standout film.  Favor was a brilliant, dark, and intense psychological thriller that was full of surprises.

As the lights in the theater came up, the audience simultaneously had an audible exhalation.  Several of us chuckled at how we didn't see things coming and the overall response was, "Amazing!"  We were then lucky enough to hear the director/writer and two main actors answer questions after the film. 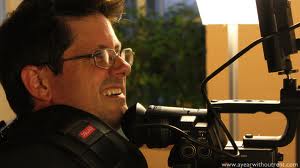 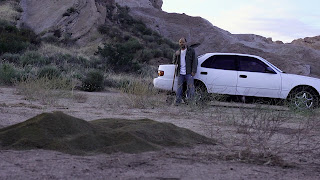 Given the nature of the film, I anticipated a somber and brooding type of writer.  I couldn't have been any more wrong.  Paul Osborne was charasmatic and immensely funny.  The Q & A had the flavor of an interactive stand up comedy show!  Blayne and Patrick were sweet, handsome, and humble...quite the antithesis of their characters.  This was pointed out by several audience members which hammered home the point of how talented these actors were. One story that stood out concerned one of the hidden obstacles or bumps in the road they experienced while filming.  There was a need for a couple of mounds of dirt.  The digging was to take place in the Santa Monica mountains.  Apparently, according to section 2.4, article 32, paragraph 3, you may not dig here.  You can bring dirt in for the mounding purposes, but it couldn't be just any dirt.  It had to be "special" dirt.  As he ordered his special dirt, he needed to specify a quantity.  The poor guy didn't know what a "yard" was so he ordered 9 of them!  I guess there are advantages to growing up in rural NY!  Many other stories were told, but if I share any more, it might ruin 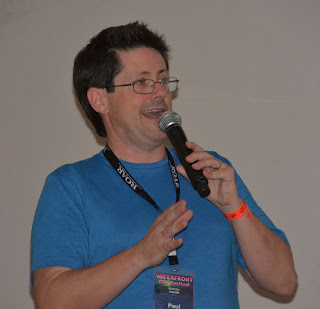 the movie for you.

"Favor" is now one of my top psychological thrillers.  This is a must see!  When it gets picked up by a distributor, be sure to catch it.