"CLOUD ATLAS" A COMPLEX LOOK AT HUMANITY by Pamela Powell 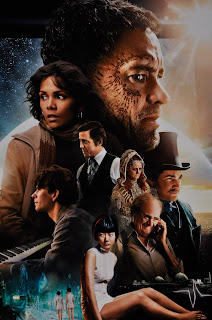 I am going to admit that I was sucked in by all the hype and media for "Cloud Atlas."  I really try not to read any reviews prior to seeing a movie so that I am not influenced in any way.  Although I stuck to my guns on that aspect, I still heard that there were glowing reviews out there.  My husband read part of the book (I think he made it further than Tom Hanks) and he read aloud some portions to me while he cuddled his much necessary Oxford English Dictionary.  The prose was beautiful!  So melodic!  As my husband and friend described the premise of the movie to me on the drive into the Chicago International Film Festival, I became that much more intrigued.  What a complex concept!  How will they pull that off in a movie?  What?  It's close to 3 hours long?  Ok.  I can handle that if I'm really fascinated by what I'm seeing. 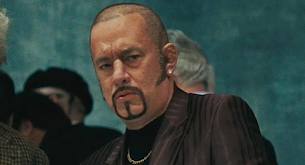 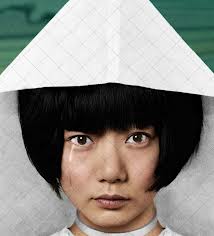 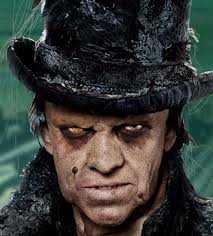 The movie's premise was how one life connected with another life and the smallest of actions had a ripple effect throughout your next life and the ones to come.  We began with a scene from the mid 1800's.  Was that Tom Hanks?  Yes!  Wow!  The make up and dentures were amazing.  In each subsequent scene, all the main characters from Tom Hanks to Halle Berry and Hugh Grant, we watched in awe of the transformation through make up.  In fact, I didn't even realize one character was the same actor throughout the movie!  "Cloud Atlas" jumped back and forth from 1849, to a post-apocalyptic Hawaii in the very distant future then back to the 1970's, and then to a few other time periods.  This was definitely not a linear story.  But as the story unfolded, you were able to find the connections between these characters and see how they had evolved (or not) as they lived each life.  I don't want to say much more than that, as I love to really put pieces of the puzzle together while I watch a movie.  I will admit, however, that I didn't catch everything intended.  Reading interviews afterward was helpful and gave me that "AH HA!" moment. 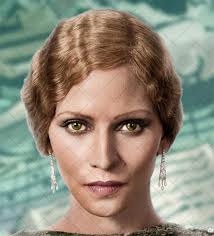 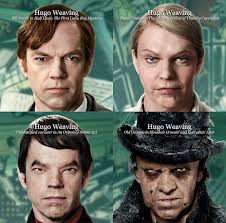 This all-star cast didn't let me down.  As each of the actors portrayed multiple characters, they deftly delivered their lines and conveyed their station and destination in that life.  Hugo Weaving's characters were so typical Hugo Weaving.  That's right, he played the evil guy.  Shocker.  But he's great at it!  Hanks, Broadbent, Berry, and Grant changed ethnicities and personalities throughout the 500 year period.  Again, the make-up was spectacular.  I would be shocked if it didn't win several awards, including the Academy Award for Make Up.  An unknown actress to me, Doona Bae, was a standout performer.  Although, I wasn't thrilled with seeing this Korean woman attempt to become a red-headed caucasian with freckles, she gave her performance the depth that it needed no matter who she became and in whichever time period.  I can't explain how her meek and mild manner was more powerful than any other actors', but it was.  She drew me into her mind to help me understand her plight and her destiny. It was also interesting, especially given my speech background, how in the future they spoke a bit differently.  It sounded a bit like Cajun mixed with English and although I couldn't always understand every word they said (or even full sentences sometimes), I still comprehended the overall meaning.  That was a difficult task to successfully undertake!  True-true!  (See the movie and you'll get that!) 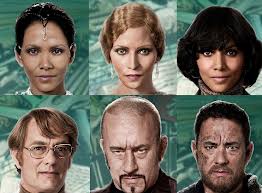 Now, with all that being said, I just wasn't hooked as I watched the movie.  Maybe it was just too long...2 hours 52 minutes...but I think it had more to do with knowing the characters.  With the exception of Doona Bae who played Sonmi, I really didn't identify with or really know the characters which meant that I didn't care about them.  Perhaps it was just too much information to convey in one movie.  Perhaps, as I believe one of the directors suggested, it would have been great as a long-running HBO series.  That might have been the ticket for me.  So many events occurred with so many long-lasting events that effected the future that it would have been great to really get to know these people.  So when you're watching a movie and you're not connected to enough people and not caring what happens, you then lose interest.  That's what happened to me. 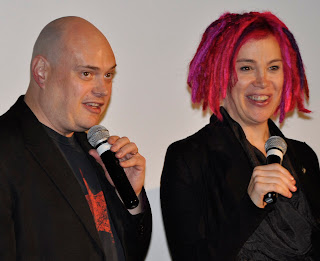 As with many of the Chicago International Film Festival films, the directors were in attendance for the screening.  Tom Tykwer, Andy Wachowski, and Lana Wachowski took the stage to introduce the film and then graciously answer a broad range of questions following the movie.  Lana Wachowski explained, as she took the stage with the credits still rolling, that the movie was actually a sociological experiment on bladder control!  They all realized the length, but in no way could it have been shorter and still convey the necessary information. The siblings who were also responsible for "The Matrix," explained that the making of this $102 million INDEPENDENT movie took 4 years.  There were at least a dozen times that financing fell through at the last minute and the directors had to put in everything they had personally to finance this project.  What a risk they took, but as they repeatedly stated, it was a project that they believed in and loved.  Regarding the overall message of the movie, Lana Wachowski articulated that the emphasis was on the "act of optimism" in the world:  that no matter how horrible things become, there is always someone who is there to make the world a better place.    As an optimist myself, I will conclude this review with my favorite quote from the movie.  "What is an ocean but a multitude of drops."  We all matter and everything we do, both big and small, does make a difference.