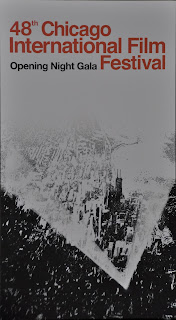 October 11, 2012.  Opening night of the Chicago International Film Festival.  Also my husband's birthday.  How to combine the two was my big question!  Buy $50 tickets to see a movie with my husband's favorite actors was the happy compromise with dinner at Chicago Cuts Steakhouse to follow.  Perfect. 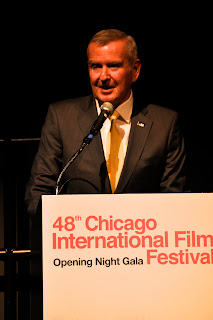 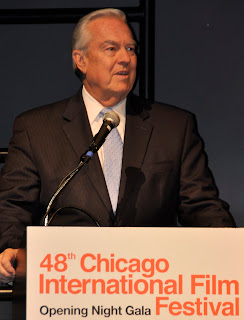 Arriving early to grab our near front seats, we knew the actors would be sitting in our section.  Again, perfect.  We watched the red carpet scene on the screen as we waited for the opening statements by the charasmatic Bill Curtis and the film festival's founder, Michael Kutza.  Mr. Kutza, or "Mike" as Mr. Curtis referred to him,  couldn't contain the excitement in his voice or expressions over the upcoming showing of "Stand Up Guys" starring Al Pacino, Christopher Walken, and Alan Arkin.  Who could blame him?  These are three actors with stellar film careers.  The actors, director and writer were all introduced to the audience, then quietly ushered to their seats as the lights dimmed which allowed no one to really get a glimpse of any of the cast or crew. 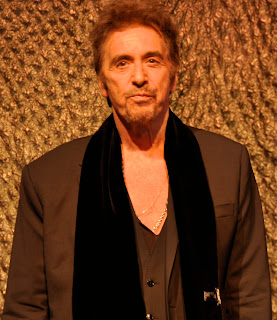 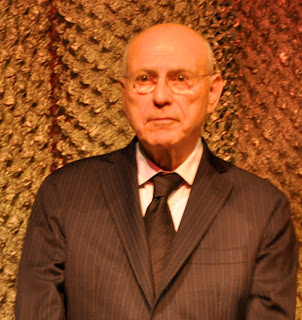 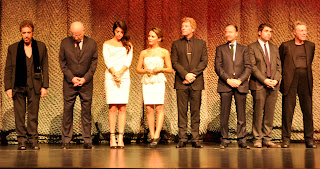 The movie was about a mobster (Pacino) who kept quiet and took the fall for his gang in the shooting death of the mob leader's only son.  Upon his release 28 years later, events took place which enabled the three gangsters to reunite for a few last hurrahs.  But there was a rub...Pacino's only buddy (Walken) must kill him as ordered by The Boss.  As the film has not yet been released (it is scheduled to be released in January, 2013), I will not give away too much more of the film.  However, I will say that it was a great story.  We've had a lot of movies recently about aging such as "The Best Exotic Marigold Hotel," "Trouble with the Curve," and "The Last Rites of Joe May." These are three off the top of my head.  I'm sure there are many others.  Given the wonderful screenplay and the outstanding actors, I expected a lot.  However, I was not "wowed" by the performance.  I found it stilted as if I was watching a rehearsal of a play.  All in all, it was just "ok."

As the credits rolled, I knew I was cutting it close for our steakhouse reservations.  Alas, we would have to wait while the talent was guardedly ushered out of the theater.  On to dinner and Saturday's list of films to view!
Posted by Unknown at 6:28 AM