JEFF, WHO LIVES AT HOME by Pamela Powell 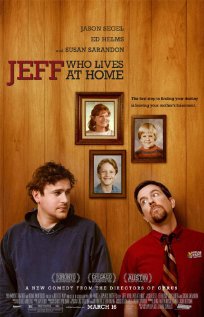 JEFF, WHO LIVES AT HOME will be released on June 19 so you can see it on VOD  or you can actually get into your car and drive to your nearest video store to rent it on DVD.  This movie never made it to a wide release and I base the term "wide release" on whether or not it made it to the sub- suburb of Chicago called Kankakee, so now is your chance to view this entertaining film. 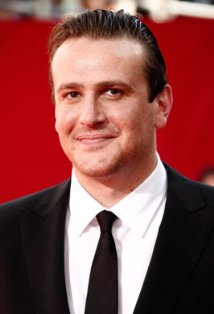 JEFF (as I will now call it to abbreviate it), starring Jason Segel, Ed Helms and Susan Sarandon starts with a bong.  No, that's not a misspelled "bang."  It's a bong.  Jeff is the 30 year old son of Sharon, played by Susan Sarandon and Jeff lives in her basement.  The words "total slacker" don't do justice to Segel's character.  He lives his life based on the movie SIGNS with Mel Gibson and Abigail Breslin.  Jeff's older brother Pat, played by Ed Helms, has his own set of problems but is supposedly the "more together" brother.  However, we soon learn that Pat's marriage is on the rocks and Jeff is begrudgingly involved with helping his brother find out if Pat's wife is having an affair.  Meanwhile, Jeff just wants to follow "the signs" he is given to find Kevin.  Will he find Kevin?  Just who is Kevin?  JEFF is a fun roller coaster ride of relationships and responsibilities. 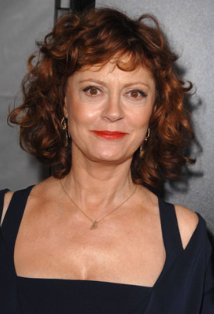 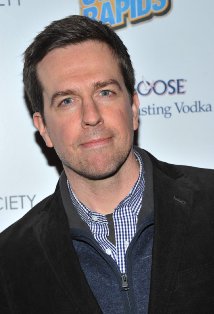 Given the other movies that Ed Helms and Jason Segel have been in, I expected more of the raunchy and childish humor.  This wasn't the case.  The dialogue and reactions were so realistic in every interaction that I felt like I was peeking in on a real situation.  The conversations between mother and son were complete deja vu!  I KNOW I have had the same phone conversations with my son.  Yes, I will admit that I too, like Susan Sarandon's character, have nagged my son to complete a project over the phone and no matter how much yelling I have just completed, I always ended my phone call with an "I love you."  She did as well...softly and reticently, but still did it!  I am, however, hoping that I am not still doing that when my son is 30! 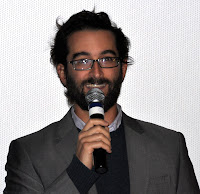 I was lucky enough to screen this movie at the Chicago International Film Festival last October where one of the directors, Jay Duplass explained some very interesting details of the movie.  He said that he filmed the movie in a "naturalism documentary way."  Also there was no script!  With no script, the actors were placed in a scene, told the general idea of that scene and then they filmed!  Sometimes, the actors were told individually and secretly what their role was and had no idea with the other actors were going to say!  This created the "real" environment of conversation and dialogue.  Genuine reactions and expressions were captured on film.  In fact, to make it even more authentic, there was only one camera and one sound guy in the filming area so that the actors could react and resond as you would in a real situation without the interference of 40 crew members checking make up.

This 83 minute movie, which is apparently the gold standard for a movie duration took 9 months to shoot with an unbelievable amount of editing.  83 minutes...that explains the fact that my Adult Onset Attention Deficit Disorder kicking in at 84 minutes!

Be sure to rent this DVD or stream it to your home screen.  After learning how the film was made, you can appreciate it even more!