LABOR DAY
Starring: Kate Winslet, Josh Brolin, and Gattlin Griffith
Written and Directed by Jason Reitman; based on the novel by Joyce Maynard 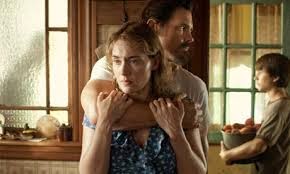 Written"Labor Day" is yet another wonderful film written and directed by Jason Reitman.  Starring Kate Winslet and Josh Brolin with the young and relative new-comer Gattlin Griffith, this small cast has what it takes to tell a meaningful and heartbreaking story through the medium of film.  Prior to seeing this, I thought it was a typical hostage situation with a runaway convict.  Never did I dream it was a love story.  I should have brought tissues. 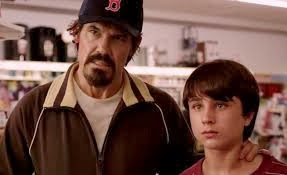 The basic premise is quite simple.  Adele (Winslet), recently a widow, and her son Henry (Griffith) are shopping when the teen is approached by Frank (Brolin).  Wanting to help this man, Henry brings him to his mother on the other side of the store.  Adele quickly realizes that there isn't a choice in helping him.  Frank forces this depressed mother and needy son to take him home, nurse his wounds, and help him hide.  What happens in the weekend to follow surprises everyone. 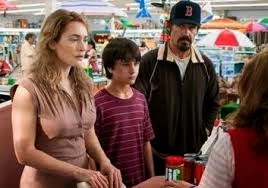 An overwhelming sense of sadness is exhibited by Adele which has most definitely also affected her son.  With Henry's father gone, he portrays a lost soul; seeing the need to help and be there for his mother, but too young to really help.  Adele cannot get on with her life and the intrusion of this convict wakes her up---protecting her son is first and foremost.  Frank is, as we see through flashbacks, much more complex and his guilt comes into question.  The relationship that is established between Adele and Frank as well as Henry and Frank is so emotionally loaded and heartfelt.  They all need each other in some way.  Seeing everyday tasks such as pie baking and fixing a step were all done with love, but there was always the sinking feeling that things just aren't quite right.  I don't want to give away any more than that, but suffice it to say this is one of the best and most unique love stories I have ever seen. 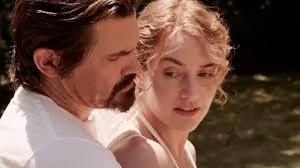 Winslet is always a strong performer and this role is no different.  Brolin steps up his game and shows the complexity an actor needs to pull of this intense and multi-layered role.  Griffith plays the sombre and needy teen to a "t."  We watch him grow in his character and love who he becomes.  All three actors seem to meld perfectly together to tell a tale of chance circumstances and human nature.

Creative and strong writing are also needed make a successful movie. Thankfully, "Labor Day" has it all.  The story isn't laid out before you without question.  You are constantly wondering what actually happened in the past and why these characters are behaving in the way they are.  The direction given to all of them allows the viewer to try and glean all visual pieces of information to give a complete picture.  By the end, you understand everything perfectly and you will have gone through 5 tissues---if you were smart enough to bring them with you! 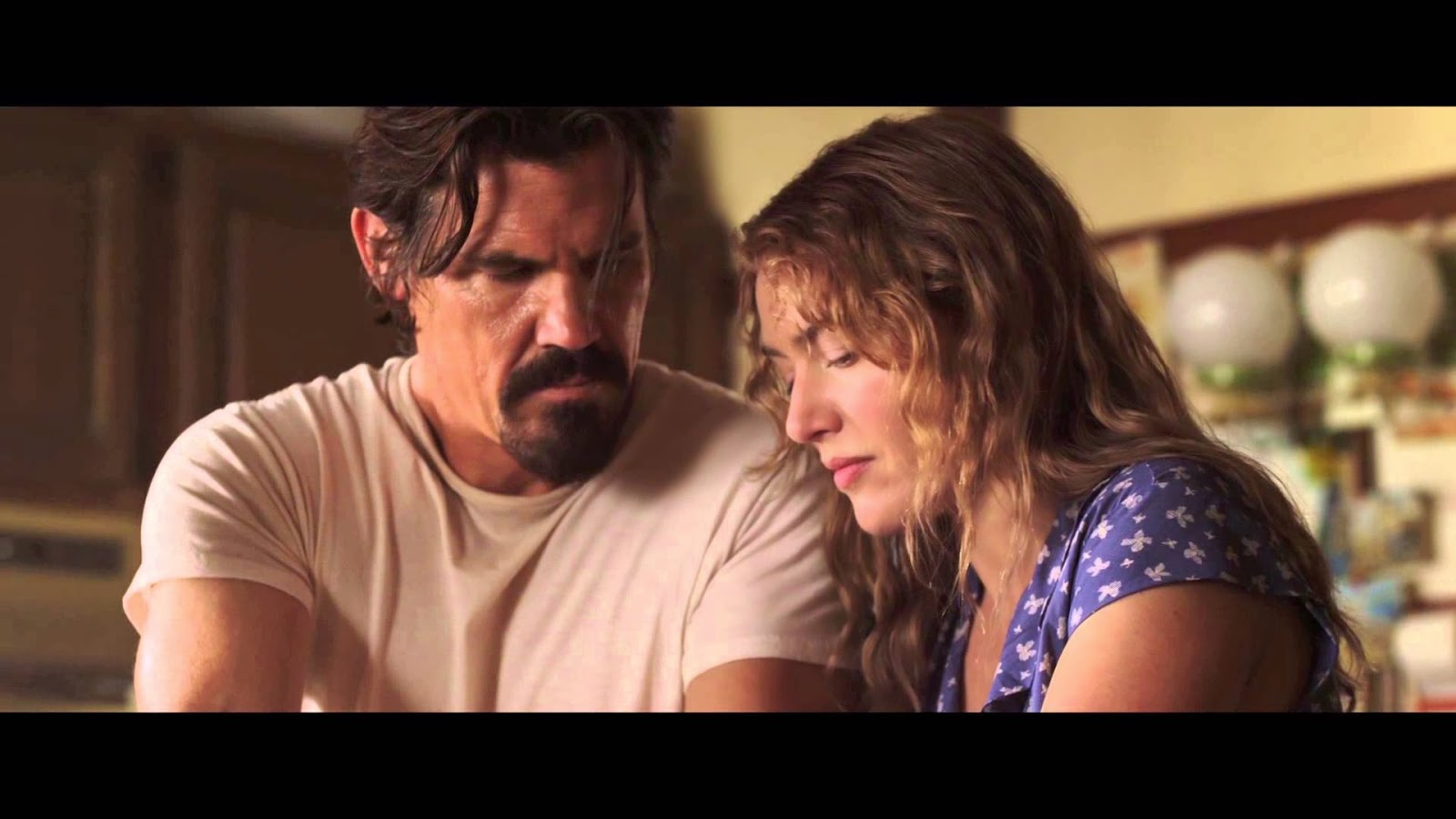 I loved this movie.  I felt completely connected  to each of the characters and it reminded me what we all want in life---to be loved and cherished.  Life is simple, but the complexities that bombard us make us forget that very important fact.  "Labor Day" truly is a labor of love.  Now, who wants to bake a peach pie with me?