'ANOTHER ONE OPENS' A SUCCESSFUL IMPROV FEATURE FILM by Pamela Powell 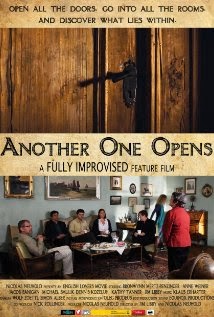 Set in the countryside, down a picturesque canopied lane, nestled in the trees and overgrown gardens is a castle.  But this isn't just any castle.  With its many doors, it takes each of its guests along a personal journey to help them take down the roadblocks in their lives. 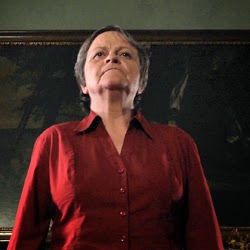 Professor William Anderson and his wife, Charlotte, are empty nesters and at a time in their lives that they should truly be living and enjoying everything life has to offer, but "Bill" has shut down.  Charlotte calls upon life-long friends of Bill's and former students, Russel, Sid and Malcolm.  She has arranged  a weekend for them all at this mysterious and ancient castle.  Aunt Zara, the reserved and slightly eerie owner, along with the beautiful niece, Emma, check the guests into the estate.  As they sign in, they have signed on for more than they realized. 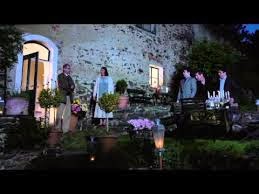 We all have baggage.  No one is as they seem to be on the surface.  The older we get the more baggage we carry and sometimes we need help with that load.  It's been 20 years since these five friends have united and life has treated them all differently.  They all need help with their loads.  As they are "welcomed" into the castle by Aunt Zara and  Emma, they are also encouraged to explore the castle and open all its doors.  One by one, the guests reveal their issues, and one by one, they open the mystical and magical door they need to help resolve that issue.

What lies behind each of these personal doors is the most engaging aspect of the film.  Unique to each person's needs, the settings behind  the doors  range from an old train station to a casino.  These dream-like sequences show us complete pictures of each character as well as their deepest needs and desires.  It makes you wonder what would be behind YOUR door? 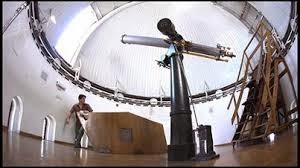 This is not only a creative tale, it is a thought-provoking one. The story unfolds naturally allowing the viewer to identify with many, if not all, of the struggles of each characters.  Malcolm has lost his love, Bill has lost his love for life, and Charlotte passionately wants her love back.  The other characters have relatable issues as well.  It truly depicts the old adage that when one door closes another one opens.  Beautifully filmed in one gorgeous setting after another, the film evokes a love of times gone by where cell phones don't dominate face to face time, and we actually see and appreciate the scenery surrounding us. 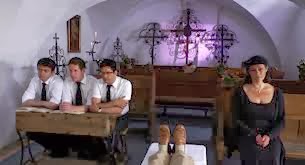 Although somewhat slow paced at times with a few stilted conversations and unnatural pauses, these flaws can easily be overlooked as the overall message is worth it.  Most importantly, this entire film was improvised.  No script.  No character preparation.  No rehearsals. And no "take 2."  Every scene filmed dictated what would happen in the next scene.  To tell a fluid story that meaningfully meanders and intertwines seamlessly is quite a feat.  These seasoned improv comedians tell a story for an audience each and every night and taking this skill to the silver screen has proved fruitful.  With improvisation, comes key highlights as well as downfalls.  However, this is a wonderful story, portrayed beautifully by talented actors.

I would be remiss if I didn't mention the camera work on this film.  Outstanding shots to truly capture the beauty of the country-side in Austria as well as unique camera angles to convey meaning were impactful.  Use of perfect lighting and unique lenses to transport the viewer to the appropriate period were spot on.  The deft abilities of the camera crew enabled these actors to tell their story more skillfully. 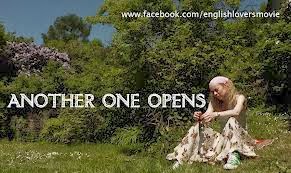 The directors and one actor from"Another One Opens" were present to chat with the audience at the 17th Annual European Film Festival.  Their energy and passion for this film's journey is wonderfully infectious.  The unique style of improv filming and the bumps in the road they encountered were all a testament to their skills and perseverance.

"Another One Opens" is a charming, sweet, and sometimes quirky story full of creativity, imagination, and beauty.  Although, improvisational filmmaking appears to have a few flaws, the raw power that it gives a film is well worth it.  If you're in Chicago, check it out on March 13 at 8:15.

Click on the following link for a few clips from the interview with Michael Smulik and Jim Libby.  The full interview will be available on WKCC's The Reel Focus soon!
Another One Opens Interview Clips 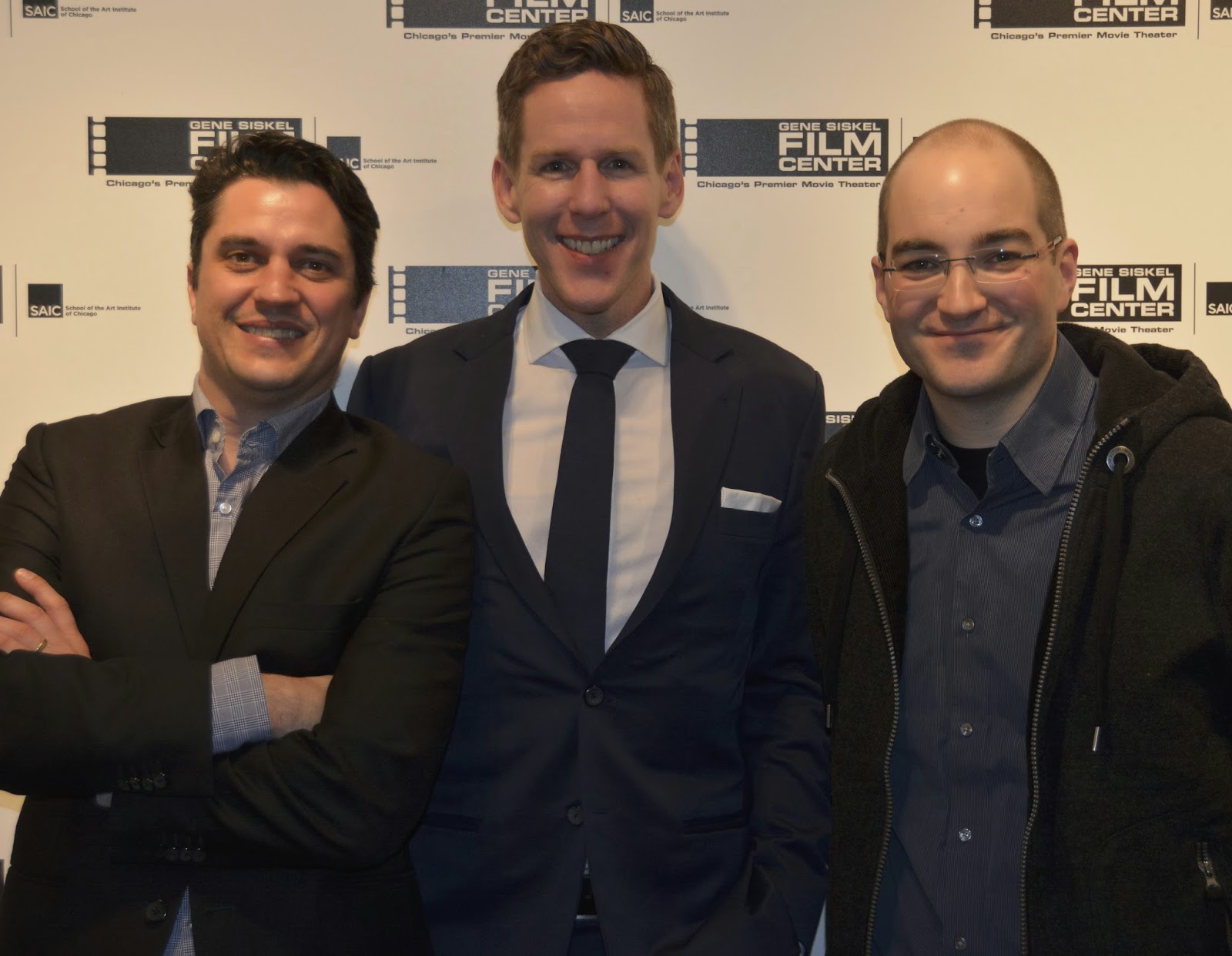