ONE PLEASE: An Interview with Jesse Burks by Pamela Powell 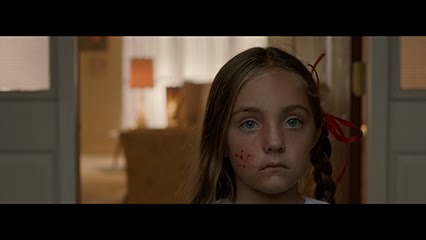 Jesse Burks' short film, ONE PLEASE, which premiered at this year's Slamdance Film Festival in beautiful Park City, Utah is gaining momentum with its recent announcement that it will show at the 2014 Tribeca Film Festival.  I had a chance to talk with Dr. Burks, to learn about the making of this uniquely creative and eerily beautiful film.

ONE PLEASE is the first of what will, I am sure,  be many more films created by new filmmaker, Jesse Burks.  Filmmaking, however, is not Jesse's only career.  As a podiatrist who specializes in reconstructive foot and ankle surgery as part of an orthopedic group, Dr. Burks got the bug to make movies as a response to his son's acting career pursuit.  Dealing with feet, it's quite interesting to see the appendage that Dr. Burks chose to focus upon in his film!

Jesse has always needed a creative outlet.  He has written text books and articles, but he loves film and has embarked upon this new adventure.  Regarding film, he explains that he loves comedies, but he loves horror films too.  Films like "The Shining" that "toy with people's emotions" and unsettles you, is what he loves.  When he started writing ONE PLEASE, he didn't want it to scare you to death, but he did want it to be beautiful and well-shot at the same time.  Showing his son the script, Jesse decided to take it one step further and try to make this film a reality.  Knowing some key producers, Jesse's film began to come to life.

Jesse expressed nervousness as he has never worked with cinematographers or actors.  Although the two children in the movie are his nieces and the wife in the film is actually his wife, there is one actor he is in awe of and was thrilled when he accepted this role: Michael Berryman.  His nervousness was soon quelled by Mr. Barryman's easy presence.  With Jesse at the helm and his talented cameramen and actors aboard, the filming went off without a glitch.  Filming took place over one weekend and involved 42 people, a semi truck with equipment and Mother Nature cooperating nicely.  Working with children, especially novices, can be taxing, but these children were naturals.  It looks like all the planets were in alignment to make sure Jesse's film was completed.

For those who have not seen this short 6 minute film, it involves chopping, slicing, food, children and an ice cream truck.  Chopping and slicing also pertains to an appendage.  I don't want to give to much away, but  suffice it to say, there won't be 10 fingers left at the end of the film.  Asking Jesse why he chose a finger (or two), he said he wanted to shy away from the foot area---that probably wouldn't go over well with his patients!  He reminisced about an event that happened as a child, growing up in a wonderful, but poor family.  Jesse's step-dad was cutting plywood with a Skilsaw.  Hitting a knot in the wood, the saw bounced back and cut off his step-dad's thumb! They looked and looked for it, but couldn't find it until the next day.  So they decided, as anyone would, to put it in a mason jar filled with vodka.  Jesse laughingly told me that kids would come over just to see the thumb!  Jesse's childhood seems to be reinvented in ONE PLEASE!

Jesse's first film is making a mark at film festivals across the nation.  Keep checking back to learn where you might be able to see this film next!