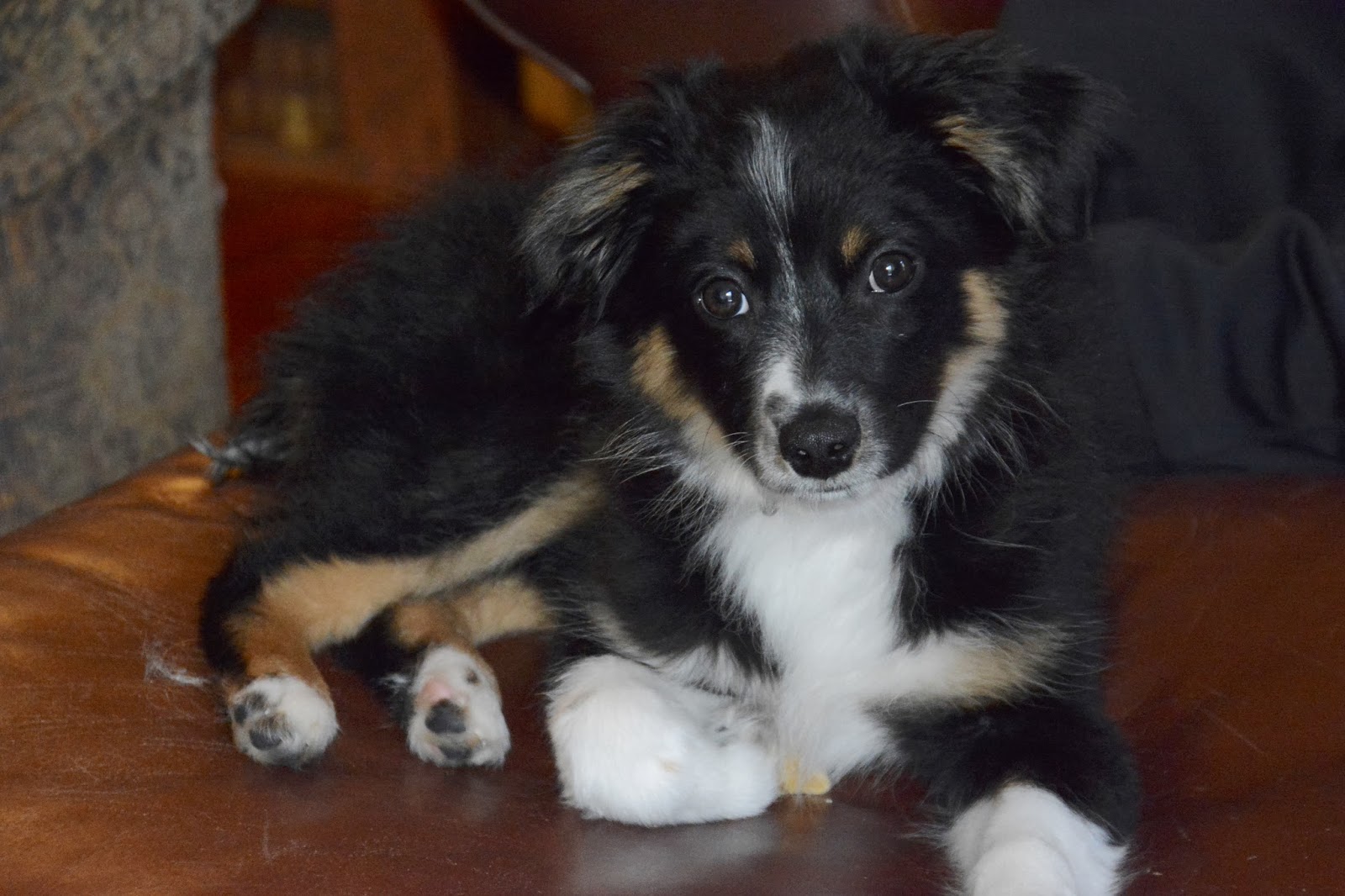 Every year, just before the Academy Awards Ceremony,  I vow to do 3 things:  1.  Have an Oscar party where everyone dresses up in their best evening attire.  2.  Predict every winner accurately, and 3.  Not be catty about what the stars are wearing and how much botox, restalin, and other additives and preservatives have been used to make them what I can't be.  Well, I got a puppy so Vow #1 is out.  Let's address Vow #2:

Let's start off with the Major Award Winner Prediction of BEST PICTURE.  First of all, my list, if I was the entire Academy Board, would have been different.  Yes, I would have included "Philomena," "Gravity," and "Nebraska" as well as "Dallas Buyers Club."  But I also would have included "August: Osage County," "Some Velvet Morning," and "The Secret Life of Walter Mitty."  Ok...truth be told, I couldn't limit it to just 9 or 10.  (Please reference this article RHR FILM FAVORITES OF 2013)  However, admitting and acknowledging the fact that I am not the end all and be all of those who decide who wins and who loses, I will give you my prediction and my "want" of winners in the top 5 categories of the 2014 Academy Awards. 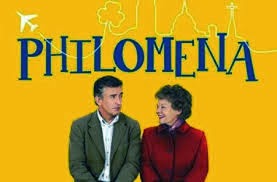 With 9 films films up for BEST PICTURE, I would love to see "Philomena" win for so many different reasons.  First of all, it's a true story depicted well for anyone to understand and feel such emotion and in my case, empathy for the characters.  This story captured my heart and soul so completely that I cannot even talk about this film without getting choked up.  To me, "Philomena" is the winner.  However, knowing the Board for the Academy, well, not on a personal basis, but on a reputation only basis, I believe "12 Years a Slave" will win.  It's another true story that is full of wrought and desperation with unbelievable acting.  This film, to me, however, just didn't give me emotionally what I needed.  It was too much horror on all levels of humanity that I just wanted to escape.  Was it a great movie?  Sure, on many levels it was, but it just wasn't one that I would have chosen to see.
RHR's CHOICE:  PHILOMENA
RHR's PREDICTION:  12 YEARS A SLAVE 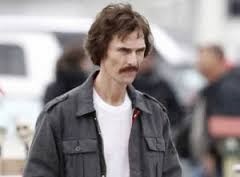 That brings us to BEST ACTOR.  What a category it is this year!  Every single male nailed his part perfectly.  Although I am not a DiCaprio fan (I generally hope his ship sinks more quickly so I can go have a glass of wine somewhere), I do think he did an outstanding job.  But just for the sake of narrowing the field, let's throw him overboard, er I mean, out.  Now we are down to 4.  Dern was great although I
think the script has some essential flaws with the knowledge of dementia.  Bale was good, but I don't think the film in and of itself was Oscar Worthy.  Wow, I can't believe I'm down to 2!  Chiwetel Ejiofor and Matthew McConaughey.  Both were outstanding in their roles.  They were both passionate about their roles and they both were uncannily believable.  However, I am appalled that McConaughey would jeopardize his health and future welfare by losing that much weight just for a movie.  Can't you find a "skinny lens?"  I have a skinny mirror at home which is why I only shop on-line.  Put me in a dressing room in a department store and they buy harsh fluorescent lights and "fat mirrors."  Not buying anything there! So Chiwetel Ejiofor is who I would like to see win.  But I think the Board will chose Matthew.
RHR's CHOICE:  CHIWETEL EJIOFOR
RHR's PREDICTION:  MATTHEW MCCONAUGHEY 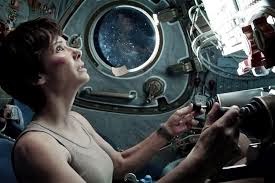 BEST ACTRESS is the next category and truly one of the toughest categories this year to choose a winner.  Of course, I have my prejudices.  Cate, Sandra, Judi, and Meryl (Yes, I know them on a first name basis.  HA!  C'mon, what are the chances that they will read this???) are all winners and any one of them could win and I would be happy.  What about Amy Adams you ask?  Yeah, she was great, but I just don't think the entire film was an Oscar calibre film.  Don't get me wrong.  I thoroughly enjoyed it, but I would have put the film RUSH on the list instead.  So that brings us to 4. 4 winners, truly.  I would love to see Meryl Streep win just because this, to me, was her best role ever.  But I think Sandra Bullock will win.  Honestly, and this is Reel HONEST Reviews, any of the four would be fine with me.
RHR's CHOICE:  MERYL STREEP
RHR's PREDICTION:  SANDRA BULLOCK 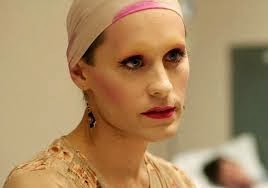 BEST SUPPORTING ACTOR is a hands down easy pick for this film reviewer:  Jared Leto.  Wow!  He was amazing in his role.  This gorgeous man transformed himself into something quite the opposite to tell an important story from the not so distant past.  Those of us from the 80's remember it all quite well.  Well-done, Jared!  (Yes, I can call him by his first name.  We go way back!)
RHR's CHOICE:  JARED LETO
RHR's PREDICTION:  JARED LETO 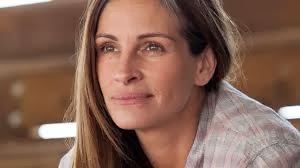 BEST SUPPORTING ACTRESS is another category that is hotly contended!  If you've seen all of these films (and if you haven't, you're truly missing out!), then you can understand my conundrum.  There are no losers in this category.  Any one of these women, young and old and in between, are talented and had the performance of a lifetime.  But alas, I must chose one.  My winner, in my book is Julia Roberts.  Her acting has become better and more skilled; honing this ability to near perfection.
RHR's CHOICE:  JULIA ROBERTS
RHR's PREDICTION:  LUPITA NYONG'O 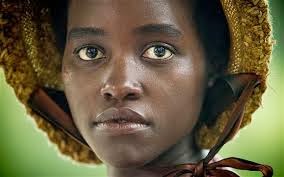 I know, I know.  I said I would limit my predictions to 5, but these silly, random numbers are just that...silly.  So here's who else I would like to win in the following categories:
BEST FOREIGN LANGUAGE FILM:  THE HUNT
BEST DIRECTING:  ALFONSO CUARON
BEST ADAPTED SCREENPLAY:  PHILOMENA
BEST ORIGINAL SCREENPLAY: BLUE JASMINE 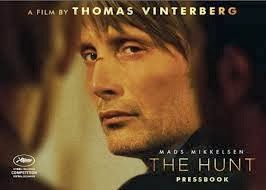 There you have it in black and white and published for all to see.  No changes can be made.  Well, actually, this is a blog site on the internet, so changes really can be easily made, but I promise I won't.  What are your picks?   Do you agree?  Disagree?  Tell RHR!

Enjoy and keep your computer or phone nearby for instant updates during the ceremonies.  Regarding Vow #3, I will try my hardest not be be catty, but no promises!