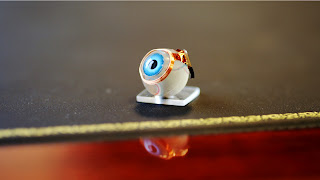 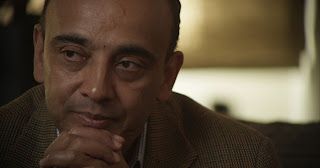 They're out!  And you  can view them NOW!  Just go to forcusforwardfilms.com to see what's new.  Four three-minute documentaries will enlighten you as well as inform you as to what's going on in the world in a positive and progressive way.  From medical technology (THE BIONIC EYE) to moral philosophies implemented in the world to radically change people's thought processes and actions for the better of everyone (THE HONOR CODE).

In total, there are 9 films to view.  I have to admit, my favorites are the documentaries having to do with the environment.  Don't miss, MEET MR. TOILET, THE LANDFILL, NEWTOWN CREEK DIGESTER EGG, and SOLAR ROADWAYS.  That's 12 minutes to become enlightened...where else can you do that FOR FREE!

Here are some great highlights from the  SUNDANCE 2012's Focus Forward Films.   All 5 are worth seeing and might make you see aspects of your everyday life that you took for granted, just a little bit differently.  For example,  in the short called MR. TOILET, directed by Jessica Yu, did you know that 40% of the world’s population does not have access to proper sanitation?  And that 90% of India’s surface water is contaminated with feces?  And each year 1.5 million children under 5 die because of this?  Businessman turned sanitation superhero, Jack Sim, is working hard to change this.  He wants to give everyone access to proper sanitation thereby helping the health and well-being of millions of people.  Jessica Yu provided more information in 3 minutes than I usually get out of 3 hour seminars!  This documentary was not just a fact loaded, boring film which conjures memories of 6th grade earth science film strips.  This film was totally entertaining with music, animation, video clips, photos and short interviews with Mr. Sim.  Very crisp, clear, concise AND visually entertaining!

Then there was HEART STOP BEATING.  Jeremiah Zagar directed this documentary about a man who was going to die in the next 12-24 hours due to the condition of his heart.  His only option was what Drs. Billy Cohn and Bud Frazier, heart surgeons at the Texas Heart Institute, had tested on 50 calves.  They removed his heart and put in a constant flow device.  Amazingly, if I recall my information correctly, the parts were everyday items bought at Home Depot!  The man was sitting up the next morning, talking and working on his computer. It bought him more time.  And technically, he had no heart beat...AMAZING! 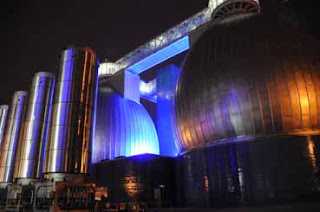 The other 3 shorts, THE LANDFILL, NEWTOWN CREEK DIGESTER EGGS: THE ART OF HUMAN WASTE, and HILARY’S STRAWS were all just as mesmerizing, educational, and inspiring.
Take a look at these shorts.  We all spend so much time surfing and wasting time on the computer, put 3 minutes to good use and be inspired!  focusforwardfilms.com  Their slogan “SHORT FILMS, BIG IDEAS” fits them perfectly!
Now here’s the really cool thing!  Cinelan and GE are looking for the next documentary director.  If you have an idea for a three minute nonfiction film around the theme of invention and innovation which positively impacts humanity and can produce a professional quality film in HD, you could win $100,000 and a trip to Sundance 2013 where you will be awarded your prize.  Other prizes are also available.  This is a chance for ANYONE, and I mean ANYONE, who has the drive and motivation to produce your own film.  Take a look at focusforwardfilms.com for more information.
Posted by Unknown at 5:24 AM