"Trouble With The Curve" Hits a Home Run For This Daughter! by Pamela Powell 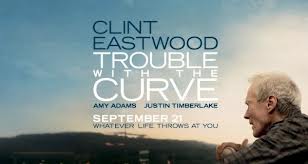 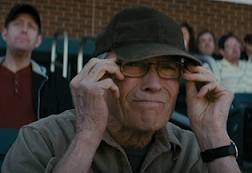 Let’s face it.  Movies mean more when they hit home.  This movie didn’t strike out in that aspect for me.  It wasn’t even a double or a triple; it was a home run.  For those of you who know me, you know that I lost my father early this year.  He was 86 and a WWII hero.  I don’t use that word “hero” loosely.  He was.  Unfortunately, we didn’t know that until after he passed away.  He was tough and loving all wrapped into one German hard-shelled package.  He always had a joke and a smile for a waitress or a stranger who passed through his life.  But he expected perfection from himself and those around him.  His standards were high and his word was his bond.  Did I mention he was tough?  As he aged, he got a bit crabby.  Aging isn’t for the faint of heart.  It’s a tough road.  His heart had beat as many beats as it could and failed.  He went quickly.  My mother suffers from dementia and macular degeneration: the visual difficulty that the main character “Gus” (Clint Eastwood) suffered as a baseball scout.  Gus was angry at how you deteriorate with age, much the same way that my dad was angry at how he felt useless as his heart failed over his final 6 months.  In the movie, Gus had a daughter that he was left with after his wife died at a very early age.  His daughter Mickey, played by Amy Adams, was only 6 when she lost her mother.  Gus and Mickey had a strained relationship from the beginning of the movie.  As we learn more about each of the characters, we learn more about the baggage that each of them carries and how that has bearing on both of their lives. 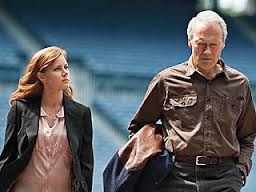 This is a movie about a father and daughter and their intrinsic relationship.  We are always connected to our fathers, good or bad, because we are family.  That connection is dependent upon communication.  Let’s face it.  Men communicate differently than women.  That’s a fact.  It’s how we bridge that canyon (or if you’re lucky, it’s only a small gorge), that determines, I think, our future relationships with prospective spouses.  That’s “Trouble With The Curve” in a nutshell.  The medium is baseball to tell the story, but that’s just the superficial avenue used.  The story is how important fathers are to their daughters.

Clint Eastwood playing Gus could have been my father.  OK, maybe Clint was more my dad in “Gran Torino.”  We won’t dwell on those aspects.  Anyway, he’s gruff and to the point.  He’s not a bs-er.  He calls ‘em like he sees ‘em.  He finds fluff like yoga to be voodoo much the way my father felt my triathlons were strange. But somehow, no matter how estranged we become from family members, they are still family and we feel a commitment to them.  Mickey saw her father’s need for her to be with him and she was willing to jeopardize her legal ladder climb for him.  This movie about self-discovery, family, and priorities was a home-run. 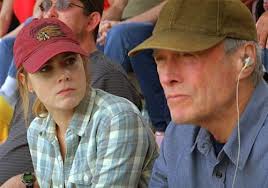 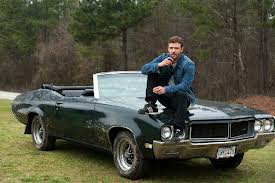 Clint was Clint.  Enough said.  Amy Adams was the perfect person to play the driven daughter who just wanted to be loved and wanted by her father.  I love it when a role is written for a woman and it goes against the grain of a typical female character.  Mickey (Adams) is a lawyer who, like her father, doesn’t take baloney from anyone.  She’s a hard hitter.  She also knows baseball better than any male and can handle a bat and ball.  I love that.  Females equal to (or sometimes better) than a male in a traditional male role.  Now let’s call in Justin Timberlake.  He adds just the right amount of levity to the movie.  He’s natural on the screen.  I loved him in “The Social Network” and feel he was underutilized in “Bad Teacher.”  He’s the perfect guy to round out a script with a grounded performance and humor.  Ok, he’s great to look at too as he strips down to his Calvin Klein’s to jump into a lake in North Carolina.  This, by the way, was bothersome.  Not that I didn’t want to see Timberlake in his skivvies, but I lived in North Carolina for a short time and there is NO WAY I would EVER jump into a lake or pond.  You see, they had water moccasins there.  I found that out the hard way...naive New Yorker that I had been! 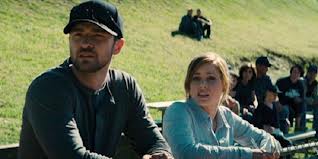 Although I thoroughly enjoyed the movie, its characters, the story-line and the great cast, I did think it started too slowly trying to set the scene too deliberately.  It was slow-paced, but just the beginning of the movie.  I’m glad I didn’t judge it from that as it was worth the wait.  It picked up its pace and told a nice, albiet predictable, story.

This is a perfect movie for any father to take his daughter or any daughter to treat her father!

For you fathers out there, I’d love to suggest the book “How To Raise Your Daughter Without Reading a Book” by Christopher Hoyt or “Strong Fathers, Strong Daughters” by Meg Meeker.