GAME OF CHANGE SCREENS IN KANKAKEE by Pamela Powell 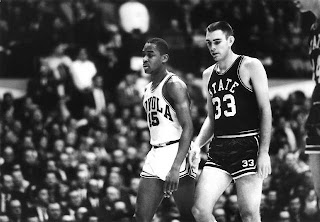 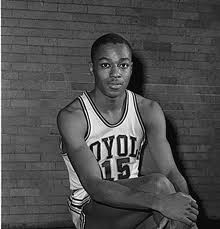 GAME OF CHANGE, the documentary addressing the championship game between Loyola and Mississippi State's 1963 teams, will screen at the Kankakee Public Library on Wednesday, February 13 at 6pm.  This year marks the 50th anniversary of this controversial game.  The film will also travel and screen in Chicago on Friday at Loyola.

Jerald Harkness created this film to tell the story of his father, Jerry Harkness who was the captain and All-American player of the Loyola basketball team.  GAME OF CHANGE delves deeper into this history changing sporting event between Mississippi State and Chicago's Loyola teams in 1963.  Not only was there racial tension, but the entire country was watching and judging what was happening.  The fall-out could have been astronomical.  Players, coaches, and schools took risks that changed college ball as well as our forward progression against discrimination. 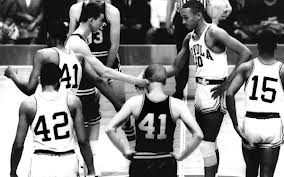 Don't miss this opportunity to watch history, basketball, and character react together in this though-provoking and enlightening film.

Check out the trailer below