'3 DAYS TO KILL' BETTER AS A COMEDY by Pamela Powell 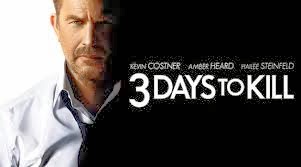 “Three Days to Kill” focuses on the life of Ethan Renner, CIA agent, who is diagnosed with terminal cancer.  Upon learning this information, he decides to try to reconnect with his estranged wife and teenage daughter living in Paris.  Unfortunately, he is coerced into completing one last task which may in turn, save his own life.  But the consequences may be more than he bargained for. 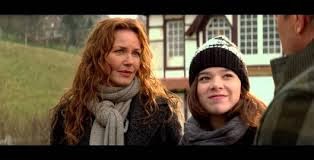 “Three Days to Kill’ starts off with a BANG! Literally.  Many bangs, actually, as we see several dead bodies, gun blasts and at least one explosion within the first five minutes of the film.  Ethan Renner (Costner) is the aging agent whose time in the Agency is coming to a close, but he can still out-shoot, out-run, and out-smart 10 “bad guys” at one time.  Ethan agrees to continue to search for “The Albino” and “The Wolf” not to be confused with the Wolverine which I believe is a completely different absurd movie series.

But Ethan’s real troubles start when he returns to his wife and daughter after being the absentee dad for the last 5 or more years.  Balancing a career and a kid is a tough act, but balancing being a CIA hit man and a 16 year old daughter is even tougher.  Zoey (Hailee Steinfeld) never lets Ethan, as she calls him, forget that he’s been gone.  But alas, there is always time to do those father-daughter moments like teaching his daughter to dance and ride a 2-wheeler. 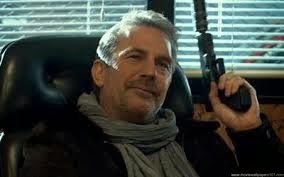 As “Three Days to Kill” begins quite violently and at some points disturbingly so, it takes a completely different turn about a third of the way through the film.  What direction you might ask?  Why, the comedic direction, of course.  Seriously, this film truly attempted to be funny.  It actually bordered on silliness in parts.  Yes, those of us with teenagers can relate to all that Zoey put her dad through, which definitely lightened the mood. If you have a teenage daughter, you can all relate to the fact that a bad hair day truly IS the end of the world!  The funny moments between the Zoey and Ethan are really quite humorous which make this rather predictable movie a bit more enjoyable. And everyone can use some Italian cooking tips in making sauce, right?  (Capers and white wine are the secret ingredients!) 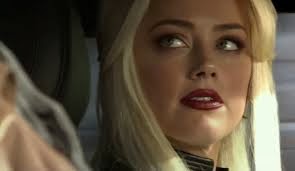 However, as daddy-daughter time loses the focus of the film and the lens is pointing back toward finding these two really awful bad guys---I’m still not sure why they were bad---more explosions, death, and gun fire ensue.  The film seems to just continue on and on so that more explosions and gun fights can occur.  Even with the gun fights and chases, the pace seems to drag.

The “bad guys” are stereotypical and almost comic-book in stature with their shaved heads, a limp, and wearing all black.  The film has all the requisite car chases including careening around corners while shooting expertly out the window with the precision of a neurosurgeon. There are plenty of cliches knocked around even with Costner’s monotone voice, he can still relay humor.

“Three Days to Kill” should be taken for face value although, ironically, the title actually has a couple different meanings.  This is a typical and predictable CIA vs. Bad Guy movie complete with gun fights, car chases, and explosions.  Where this movie attempts to be different is with the father-daughter issues and trying to make the most of the time this agent has left.  With humor, sentiment, and plenty of killings, it is a combination that only mildly succeeds.  It would have done better to just make fun of itself and the concept and take the comedic part all the way through.  The father-daughter aspects of this film are truly the best parts.