NOT FADE AWAY PLAYS LOUDLY BUT NOT CLEARLY! by Pamela Powell 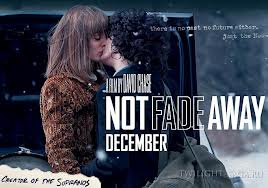 "Not Fade Away" was a movie I should never have reviewed.  I am an awful musical person.  I can't remember names of songs, lyrics, or groups.  My friends on the radio show, in good nature of course, make fun of my inept abilities in the musical category.  Also, I used to sing refrains of pop music to my kids only to learn later that several f-bombs were dropped in the same song.  (Unfortunately, they are the ones that called my attention to this!  No worries, though.  They turned out pretty good!)  All of that being said, I will give it my best shot to review this movie sans music knowledge of the best musical era known to man.  (I hope with that sentence I have redeemed myself for the upcoming incompetent statements about the 60's and 70's genre.) 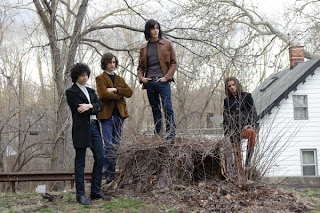 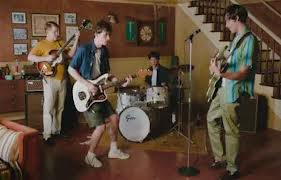 "Not Fade Away" took place in the late 60's when rock 'n' roll was hot and yet still young.  Everyone wanted to be the next Beatles.  The youth felt that music shaped who they were.  The lyrics in the songs shaped their thoughts and actions.  The generations before them were clueless as to what and how they were feeling and why they were feeling that way, or so they thought.  Garage bands were all the rage.  Everyone wanted to be in a band or a groupie of a band.  The sky was the limit and that's what our main character, Douglas, of "Not Fade Away" thought as well.  That is until Douglas went off to college and returned home to his working class family with long hair, a Navy Pea Coat, and ideals so off-skew from his father's that the proverbial shit hit the fan.  This was a meandering story of Douglas growing up, figuring out his life, his priorities and his talents as well as his relationships.  Each and every scene is backed up by the music of the era.  I can't really comment on this, as I'm musically challenged, even though this IS my era.  It was all familiar, but that was it. 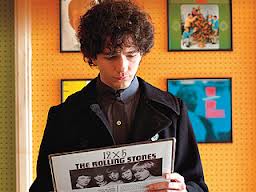 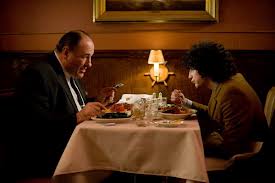 "Not Fade Away" was not what I expected it to be.  I thought it would delve a little more deeply into the relationship between father and son or see how music truly influenced the person Douglas would become.  James Gandolfini was the father.  I think he is a wonderfully talented actor.  What a story this could have been had he been able to truly have more than a few lines.  He was not utilized to his capacity...not even close. This story, as I called it before, was a meandering story.  It nicked away gently at many other possible stories, but never really delved into any of them.  It left me wanting so much more.  Now this could be because I don't know music.  (I think I've made that perfectly clear now.)  But I am looking at this movie as just that.  A movie.  It should be a story and I think it fell short.  As my idol (and I like to pretend, my good buddy) Robert Redford always says, a movie should be a story well-told.  This was not.

If you are a music buff of the beginning of Rock 'n' Roll, go see this one.  You will enjoy the music.  If not, I'm going to advise you to skip it.  The story just doesn't fulfill you.  It truly could have been so much more to us non-music aficiondos!