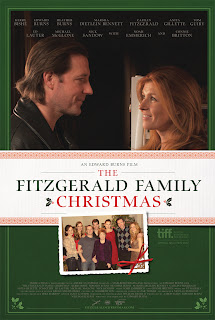 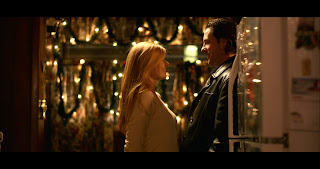 "The Fitzgerald Family Christmas" aptly being released this holiday season, premiered at the 2012 Toronto Film Festival to rave reviews. This holiday film was released via VOD and will open in select cities over the coming month.  Check the end of this review to find a city near you. The true meaning of Christmas can be a main ingredient in a large pot of Irish stew.  The other ingredients are important, but at the base of it is love and loyalty to family.  "The Fitzgerald Family Christmas" took a look at the real meaning of Christmas through the eyes of a large Irish family.  With seven children ranging in ages from young adult to 30-something, each member of the family brought a different spice to the stew to season it in a variety of ways.   But throughout the film, it was family, first and foremost, that was most important even when they didn't understand each other, which was a lot of the time.  The  family was faced with an important decision as to whether or not they would allow their father, who has been absent from their lives for 20+ years, back into their lives this Christmas.  With their various ages, experiences, and viewpoints, this becacme a very complex decision full of pain, humor, and love and possible forgiveness.  But it must be a unanimous decision.  Good luck with that one! 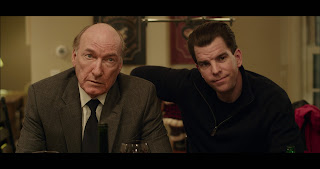 Edward Burns, known for "She's The One," "The Brothers McMullen," and most recently "Newlyweds," has yet again captured the realistic conversation and family dynamics of a large family.  You ask, how would I know this?  I come from a small German family where emotion and passion are typically quelled at an early age in exchange for perfection.  (Yeah, yeah, yeah, those of you who know me, know that Perfect Pam is just a goal, not a reality!)  But you see, I married into a large Irish family complete with ages spanning about 20 years.  The possibility of the youngest member of the family having any clue as to who the older siblings truly are, is quite remote...just like in the movie.  Although the family was always there no matter what the situation, they all handlde it in different ways.  Again, just like in the movie.  Gerry, played by Burns, was the peacekeeper (there has to always be one) and the family coordinator.  He was also the one responsible for getting everyone together for his mom's 70th birthday as well as for Christmas to decide whether or not to let their father back in to the clan.  For those non-Catholic, non-Irish readers out there, Christmas is one of the highest of the high holidays.  What this father was asking of his family was huge.

From the beginning, Burns' creative writing skills pulled you in; he gave you just enough information to make you start thinking about the puzzle ahead to be solved.  Burns' cast in "Fitzgerald" was outstanding.  Taking with him from previous movies included Kerry Bishe (Newlyweds), Connie Britton (The Brothers McMullen), and Michael McGlone (She's the One, The Brothers McMullen), but the standouts to me were the mom and dad played respectively by Anita Gillette and Ed Lauter.  Anita was the epitome of an Irish mom and Ed, the unassuming and regretful father asking for forgiveness was so believable that I once again, felt that I was a fly on the wall watching reality unfold before me.  As each character was introduced, we see that the peacemaker wasn't always loved by his sibs, but his mother adores "this golden boy."  (Yes, there's one of those in every large Irish family too.  Woe be to the woman who marries this "golden boy."  Trust me on that one!)  Every sibling had their own story of how it was to be raised in the single-mom household and their outcome because of it.  At the center of everyone's story was Gerry and how he interacted and affected all the siblings and his parents.  Connie Britton played Nora, a nurse who encountered Gerry, complete with immediate attraction. (Can you blame her?)  Gerry's mother upon meeting Nora, inquired of her last name.  She needed to know Nora's nationality.  English was truly not what she wanted to hear and Mom's reaction to that was priceless.  It also brought back my own personal memories of my husband becoming a "lost soul" because he was marrying a non-Catholic, non-Irish woman.  (Insert shivers here!)  The entire movie captured the nuances of any larger family and how they function together as a whole and how that permeates their outside relationships.

"The Fitzgerald Family Christmas" was a fun, realistic and heartwarming way to learn about all of these "kids" and see how loyalty among siblings was so strong, no matter what the age.  As I wiped away my tears, it made me thankful for family, no matter how small my side is, and made me understand a little more about the loyalty of this large Irish Catholic family I married into. "The Fitzgerald Family Christmas" promises to entertain and enlighten you as you are reminded of the true meaning of Christmas.  Burns just tells it in a realistic and current perspective.  As always, Burns has a hit.

"The Fitzgerald Family Christmas" will open in select theaters in NY on December 7, Florida  on December 14, and Chicago December 21.