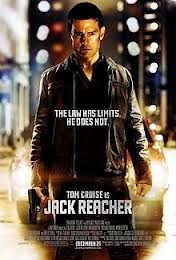 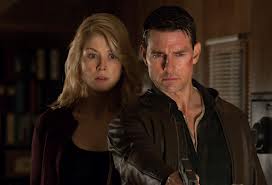 I went into this movie completely blind.  I hadn't read the books based on this character.  I didn't know much more than the fact Tom Cruise was in it and it was a thriller.  The initial scene, given societies recent tragic events, was a bit disturbing as the viewer was shown the mind and  vision of a man about to commit homicide.  We watched the possible victims from the scope of a sniper's rifle as he decided which people to take out.  This long, drawn out scene was effective in what it wanted you, the viewer, to feel...sickening dread.  Had the Newtown, Connecticut incident not have occurred, this might not have had as much impact.  But it did.  The rest of the movie could be categorized as a Thriller/Mystery.  Tom Cruise's character, Jack Reacher, was ex-military police who was suspiciously called in to help look at the case.  The mystery began to unfold as to the killer's identity and motive.  Who's the good guy and who's the bad guy was also the question at hand.  And of course there's a little sexual tension between our two main characters, Mr. Reacher and the District  Attorney, Helen Rodin. 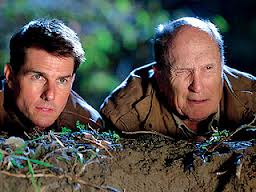 Although the initial scene was a bit disturbing, the rest of the movie kept you glued to the screen as you tried to figure out the puzzle before you.  The characters were well-developed with interesting relationship issues that added to the story.  Richard Jenkins and Robert Duvall had minor roles, but of course, they added depth and integrity to the film.  Rosamund Pike's role of Helen was believable even though I've never had contact with female lawyers who dressed to show their DD's in an evening dress at the office.  But I will forgive that as I thought the acting skills counteracted this.

I can't say this is a must see on the big screen.  It was an entertaining film albeit a bit predictable, with good characters and a good plot.  You could wait for the DVD and you really wouldn't miss anything until then.  But if you're in the mood for a Thriller/Mystery/Crime Solving type of movie, see Jack Reacher.