THE FRENCH HAVE INVADED CHICAGO CINEMA 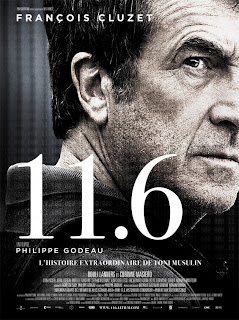 Lumieres!  Cam`era!  Action!  The 3rd annual Chicago French Film Festival is taking place  this Friday, July 26 through Thursday, August 1 at the historic Music Box Theatre.  This ever-growing film festival, celebrating French influences in the Chicago area, continues to give viewers a chance to see films they might not otherwise ever see.  Films ranging from love (of course, it’s French) to bank heists and kidnappings with a smattering of comedy are all shown at this contemporary film festival.  In addition to today’s French hits, the festival is also highlighting the 50th anniversary of the Elysee Treaty or the Treaty of Friendship between Germany and France.  To honor this historic moment, the 1987 film “Wings of Desire” will be shown.  This timeless classic features the German director Wim Wenders and the French actress Solveig Dommartin; a perfect pairing to represent the Elysee Treaty. 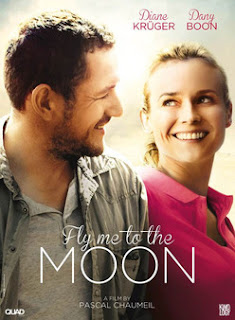 During this week-long film festival, twelve films will be shown on various days and times for all to enjoy.  Films are chosen to interest a wide variety of viewers.  Do you love romantic comedies?  Then you are in luck as “Fly Me to the Moon” starring Diane Kruger is the Friday night opening movie.  “Populaire” and “The Stroller Strategy” have a quirky, fun romantic side to them as well.  If love isn’t your topic of desire, there are plenty of other movies such as “11.6”  which targets the real life story of Toni Musulin, a criminal who pulled off robberies without any firearms.  “The Prey” is another intense crime film which promises to keep you on the edge of your seat.  If  you still haven’t found the genre that interests you, there are also movies about food, wine, and relationships.  Who can refuse a movie that centers around wine and food?  “The Chef” and “You Will be My Son” does just that while telling a story of family, loyalty, responsibility, and connections.  The Chicago French Film Festival even covers the Family Drama genre with “The Dandelions” which looks reminiscent of the classic Madeline books.  Everyone can find a film in this festival to love. 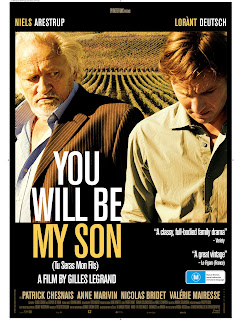 What if you don’t speak French and subtitles intimidate you?  No worries here as these carefully chosen films will enable you to forget you’re even reading subtitles.  Cinema is an art form and France is most definitely known for its art.  Cinema crosses all nations’ boundaries by utilizing lighting, sound, special effects, and great acting.  When all of these attributes properly align, language is never a barrier.  As Karin Hansen, Associate Director of Programming/Guest Relations stated, “When the story and performances are fun, compelling, touching, [and] endearing, you connect with the characters on screen on an emotional level and you completely forget about the fact that you are quickly glancing at the translations; it all effortlessly comes together for the viewer.”   If you’re looking to delve more deeply into film, a question and answer period following the showing of “Wings of Desire” will take place.  Sara Hall, Associate Professor of Germanic Studies at UIC and Lorraine Grolaeau Darrow, Director and Screenwriting Faculty at DePaul University will enlighten you regarding the making of this classic film.  See this film in a way you had never thought possible and enrich your viewing experience by taking part in this special interaction after the show. 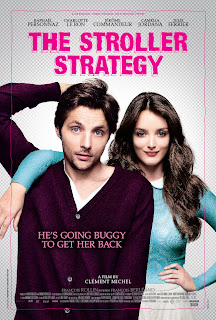 Film festivals are a wonderful way to explore new cinematic adventures. Go on an adventure this next week and head north to attend the Chicago French Film Festival. Not only can you see unreleased French films, but you can entertain yourself and your family for the entire day.  The location of the Music Box Theatre is in the Wrigleyville area which lends itself to a myriad number of activities.  Enjoy a day of shopping, sunbathing on the beach, and dining as well as seeing artistic, entertaining, and unique French films.  Below you will find some film pairings to make your trip to the city that much more enjoyable.  For more information about the Chicago French Film Festival including a detailed schedule and description of the films, go to www.chicagofrenchfilmfestival.com.  Tickets are $10 per film, but you can also purchase money saving All Access Passes for $75 or a 9 Film Pass for $50. 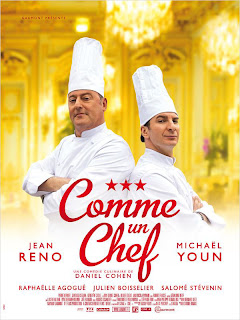 FILM PICKS AND FOOD PAIRINGS:
“Populaire,” “You Ain’t Seen Nothin’ Yet,” “The Stroller Strategy” and “Fly Me to the Moon” can be paired with Deleece restaurant next door to the Music Box Theatre.
“The Chef” pairs perfectly with Southport and Irving restaurant, just a few blocks north of The Music Box.
“You Will be My Son” can be enjoyed with Que Syrah Wine Bar at 3726 N. Southport.
Other nearby, delicious restaurants include Blue Bayou and Cullen’s Bar & Grill.  Some restaurants offer discounts if you show them your ticket stub.