The Way, Way Back reviewed by Pamela Powell 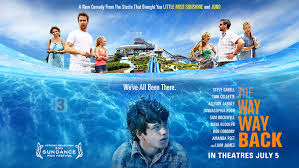 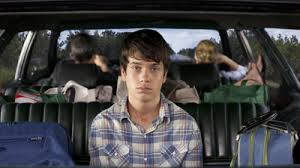 "The Way, Way Back" is a summer movie you have to see.  I'm putting this right in with "The Kings of Summer." Both films premiered at the Sundance Film Festival this year.  Rarely do you get two coming-of-age movies that everyone will enjoy, but this year we have them!  In "The Way, Way Back," a 14 year old boy, Duncan, and his mom, Pam, go on vacation with Pam's boyfriend and his daughter.  Duncan just doesn't fit in and attempts to figure out life with the help of Owen, an owner of a local water park.

Do you remember vying for "the way, way back" of a station wagon?  I do!  Riding backwards, making faces at people as you travel along the highway you felt as if you were in your own separate world.  Duncan, relegated to "the way, way back" while traveling to the summer home of his mom's new boyfriend, experiences this position in a little different way.  Trent (Carell), Pam's boyfriend, took advantage of the other sleeping passengers to let Duncan know how incompetent and unworthy this boy was.  Carell's character immediately repulsed me and his subtle as well as overt digs continued to do so.  Pam's inability to have a spine was frustrating as she watched her son pull further and further away.  As Duncan disappeared each day, he found a new life influenced by Owen, the owner of Water Wizz water park.  Owen, an unlikely role model, and his misfit water park employees, took Duncan in, helping to guide him in his unusual summer vacation. 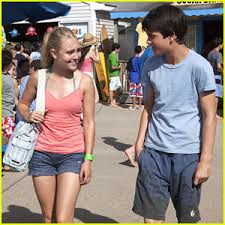 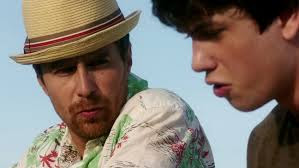 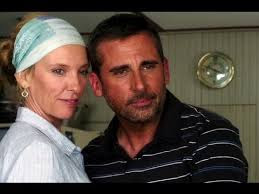 "The Way, Way Back" explored young love, divorce, new beginnings, and relationships in general in realistic yet humorous ways.  From the perspective of a 14 year old boy, all of these topics were creatively stitched together to give us a beautiful tapestry of his life.  The viewer had complete empathy for Duncan, bringing back childhood memories; some positive, some negative.  The film's ability to tell a story fluidly, taking on many characters, but remaining focused on Duncan was unusually masterful.  Liam James' outstanding performance equalled  Carell's brilliance.  Carell showed us once again, what a versatile and accomplished actor he truly is.  With Sam Rockwell, Maya Rudolph, Allison Janney,  and Toni Collette to round out this cast, "The Way, Way Back" is a winner. 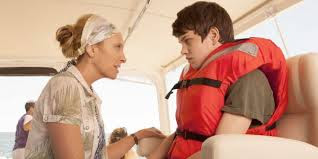 "The Way, Way Back" is a film that will appeal to all ages and genders.  With outstanding performances and a tight, seamless script, the director gives us all the ingredients for not just an entertaining film, but a perfect summer heart-felt movie.  You won't be disappointed!