THE LONE RANGER BECOMES THE LONG RANGER by Pamela Powell 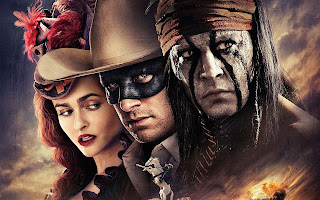 THE LONE RANGER opened Wednesday to a meager $9.7 million...pocket change for Disney and Depp.  Is this disappointing number a prediction of the film’s success and a red flag for future viewers?  Read on to decide for yourself. 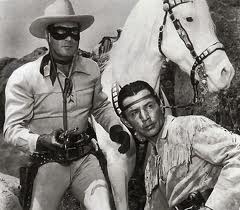 “The Lone Ranger” was originally a 1930’s radio serial which then galloped into TV in the 1950’s. Many remember watching the original or reruns growing up.  By today’s standards, it was a bit cheesy and predictable, but back in the day, it was every kids’ entertainment.  Many a boy dressed up as The Lone Ranger for Halloween and everyone knew the phrase, “Hi Ho, Silver, AWAY!”  Now Disney has taken a crack at making this memorable series into a full length feature film.  How did they sell it?  They cast Johnny Depp as Tonto and Army Hammer as The Lone Ranger.  Depp alone could have sold the film. 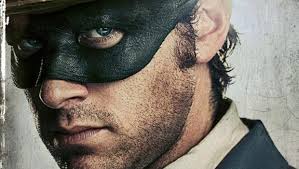 Disney harnessed its creativity in story telling skills for “The Lone Ranger.” They have taken this classic series and spun the tale a bit differently.  As the Wild West took place back in the late 1800’s, Disney chose to tell the tale looking back in time from the 1930’s.  As a young boy happened upon a tent at a carnival which showcased “history,” he gazed upon “The Noble Savage.”  The old, wrinkled “noble savage” came to life...it was Tonto.  Tonto recounted his life with The Lone Ranger to this young boy.  This unique story-telling angle was Disney’s creative way to hook you. Disney also inventively recounted the back story of Tonto and The Lone Ranger, aka John Reid. We learned about their first encounter and how they became an unexpected team. Even with this unique hook and background information, the story was still expectedly formulaic. The film had the typical damsel in distress and the many bad guys that had to be shot while Tonto and The Lone Ranger figured out how to save the day.  Unfortunately, it wasn’t just detailed information about John Reid and Tonto that was portrayed.  Disney felt it was necessary to detail each bad guy’s history so that an unabridged personality study could have been completed.  This lack of editing along with too many detours in “saving the day,” was the film’s demise. 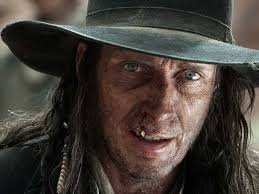 Depp’s version of Tonto was about the same as his interpretation of being a pirate.  He was always the comic relief with his reactions and use of today’s vernacular to get the chuckles.  Hammer played the handsome hero handily and William Fichtner and the make up team were outstanding with constructing a classic evil character.  The horse stunts and traditional chase and fight scenes on top of trains were impressive if not over done. Of course, as expected, there were a lot of shootings, but there was also a lot of blood and a bit of cannibalism...not your typical Disney film!  Unfortunately, it wasn’t until the end of the movie that Disney captured the essence of the original Lone Ranger.

“The Lone Ranger’s” silly, slap-stick humor will entertain the kids and even make the adults laugh aloud at times.  However, with a running time of 149 minutes, its meandering and over-detailed exploration of each character, and long panoramic scenic shots of the desert, was at least 30 minutes too long.  The target audience for this film is going to be young boys and families.  The kids will enjoy it as Depp is the epitome of childish humor and entertainment.  However, I must warn you that there is a bit of violence atypical of Disney films. 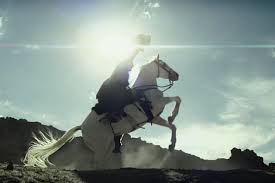 My recommendation is to wait for the DVD unless you need to cool down in a well air conditioned theater.