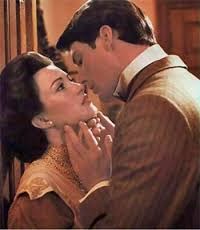 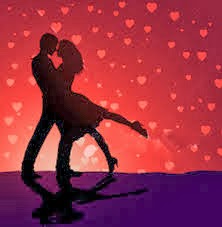 Ahhh, romance.  What better day to release a romantic movie than on Valentine’s Day.  That’s what the marketing company for “Winter’s Tale” must be thinking as well.  Even my hardened, cynical heart has a soft spot yearning for a romantic movie reminiscent of Christopher Reeves’ movie “Somewhere In Time.”  Unfortunately, “Winter’s Tale” just made that soft spot a little smaller.

As I sat down to enjoy my wonderful pour of wine and watch "Winter's Tale," the couple next to me began to bicker about who is more negative.  As the accusations continued on, I wondered why the couple even wanted to see this film.  Thankfully, the movie began which quelled the verbal jousting.  Unfortunately, the husband loved having a running commentary of the preposterous aspects of the film and when there was just a smidge of tenderness, a loud snort and "HA!" blasted my left ear.  I think it's going to take more than a romantic movie to set this couple straight.  By the way, Mr. Whoever You Are, you are the more negative one in that relationship! 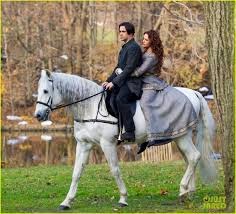 “Winter’s Tale” has promise.  It’s stars Colin Farrell and centers on a love that lasts forever.  The basic premise of the movie is that Peter Lake (Farrell), an orphan, becomes a thief to survive.  He angers his “boss” which means he’s on the run.  His “magical” horse saves him and convinces him to do one last heist.  During this robbery he meets and falls in love with Beverly Penn (Jessica Brown Findlay) who has been diagnosed with Consumption and has only a short time left to live.  The two spend every moment together as Peter helps Beverly make the most of every day.  As Beverly dies in his arms, he somehow awakens almost 100 years later to try to find his purpose in life and to perhaps be reunited with Beverly. 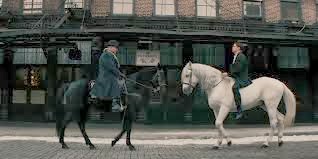 “Winter’s Tale” requires the viewer to suspend belief in great proportions~too great of proportions.  For example, in 1916 as the baby Peter is set off from Ellis Island in a model boat that his soon-to-be deported parents placed him in, the NY Harbor gently washes him ashore.  (Flashback to Charlton Heston in “The Ten Commandments.”)  Now fast forward to adulthood where we learn that Peter fraternizes with the wrong kind of people.  We then have the appearance of the mythical or magical white horse to save Peter from certain death. And still those romantics out there will want to think, “It’s ok.  I can still buy into this movie for romance’s sake.”  We want to believe, as they say in the film, that “we are all connected and are part of a moving plan.”  It’s the introduction of Good vs. Evil that brings this film over the top of ridiculous.  Pearly Soames (Crowe) is the Devil’s right hand man who is hell bent (pun intended) on making sure Peter’s miracle doesn’t happen.  It is the obvious costuming in black and white to make sure we know who to root for and the overlay of the Disney classic Snow White or Sleeping Beauty that truly makes this film a fairy tale of ludicrous proportions. 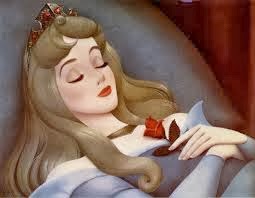 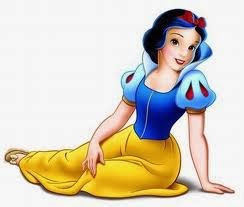 Colin Farrell, William Hurt, Jennifer Connelly, and Will Smith are all a part of this live action fairy tale film.  Farrell is his usual charming, big, brown-eyed sweetheart wooing any woman who crosses his path with his non-NY accent.  At least they explain why Bev has a British accent in the film, but there’s no explanation for Peter’s Irish accent.  Will Smith has an unusual role, rather small, but quite important to the plot.  He does justice to his evil role.  The rest of the cast including Hurt, Connelly, and  Findlay, play their roles with as much depth as is possible with the writing.

Overall, the writing is just too far-fetched to bring any believability to this film.  Anyone going to a romance movie understands that this stuff just doesn’t happen in real life, but there has to be some level of reality.  After all, that’s one reason we “girls” like to go to these films; we like to imagine ourselves in it.  The film lost me with the white horse with wings.  It is a continuous downward spiral as the lines from the narrator tell you to believe in magic (Isn’t that a Disney line or the Lovin Spoonful’s song?) and that true love never dies.  The never-ending coincidences which are meant to pull at your heartstrings, just make your eyes roll back in your head.

Unless you think you can completely suspend all belief and can allow yourself to watch a live-action film that should have been an animated feature marketed to 10 year old girls, I’d skip this one.  If you’re looking for a good date movie for Valentine’s Day, the believable, heart-breaking, and wonderful film “Labor Day” will be just the ticket you’re looking for.