"Life of Pi" A Wonderful Tale by Pamela Powell 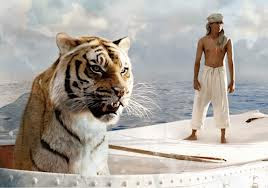 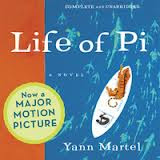 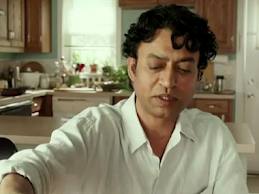 "Life of Pi" was hot in the bookclub circle a few years back.  Although I don't belong to a book club due to my committment issues, I do like to follow what's out there and attempt to read what's current and relevant.  My latest book you ask?  Why, 50 Shades of Grey, of course!  I've got to keep up with what's current, you know!  Anyway, Life of Pi just didn't catch me in the first few chapters so I was pretty excited that this was going to be a movie.  I thought if the book didn't catch me, the movie would.

The story unfolded in the current time with an adult looking back on his life and telling this miraculous event to a writer who was down on his writing creativity; searching for that perfect story that would wow him AND give him faith.  Pi Patel brought us back in time to when he was just a little tike growing up in a zoo and going to school.  Pi reminisced about having been teased incessantly about his name (Pi is short for a longer name which had negative connotations.), learning about religions and falling in love.  Unfortunately, due to financial reasons he and his family needed to leave India.  They embarked upon a voyage that would forever change Pi's life.  As the cargo ship encountered the rough seas and storms of the Atlantic Ocean, it sank taking with it all that Pi knew.  Pi was left in a life boat with several animals, including an adult Bengal tiger named Richard Parker, and he must try to survive. 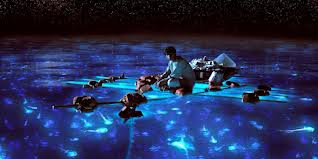 This was a beautiful movie.  Serenity and tranquility abounded in the beginning with all the animals portrayed in the zoo.  The adult Pi navigated our journey taking us from his experiences and memories of his relationship with his father to his typical interactions with his brother.  Starting with a dare from his brother to drink the Holy water from a Catholic church, Pi then began to explore many religions.  His exploration of faith is what he later called upon to help him through the harrowing experience of survival with a Bengal tiger in the middle of the Atlantic Ocean on a life boat. 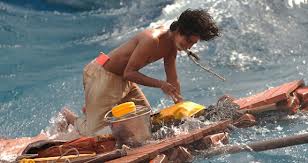 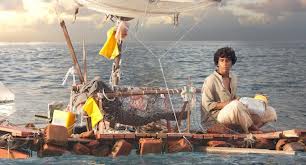 "Life of Pi" was a movie about a boy growing up and becoming a man.  As the story unfolded before our eyes, we could see the pain and struggle Pi endured.  We could also see his determination.  Pi also found that the tiger was not just his enemy but his focus which enabled him to survive.  Even though we couldn't relate to the situation Pi was dealing with, we still understood how Pi felt.  We cried when he was sad and we chuckled when he made mistakes we could and would all make.  But most importantly, we got to know Pi.  As the adult Pi narrated various portions of the movie, the young Pi version blended perfectly into the film to create a cohesively well-told story.  This blending perfectly captured every aspect of Pi's personality to we not only cared about him, but we could relate to him as well.

Young Pi played by Suraj Sharma was the standout performer.  What heart and depth he shared with his audience with his words and facial expressions.  Irrfan Khan, the adult Pi, comfortably told his story with such natural affect that you were immediately reassured that everything was going to be ok. "Life of Pi" was a beautifully filmed story that kept you glued to the screen.  This was a perfect film for a family to see.  The target group that will completely enjoy this film is the 8-13 year old boy segment.  That's not to say that no one else will enjoy it, but I think that it was definitely geared toward that group.  Be warned that there are animals that act like, well, animals.  There was some CGI animal death.  Nothing too graphic, but it may be upsetting to animal lovers.