"The Details" Really Are Important! by Pamela Powell 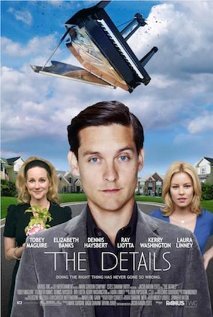 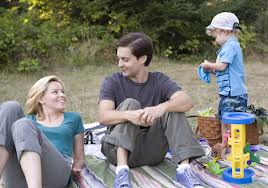 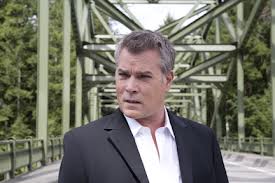 Details, details, details.  How important are they?  Well, as the movie begins, we know already that things have gone wrong, very, very wrong.  So apparently, details are very important...even the ones we seemingly brush over.  Our main character, Dr. Jeff Lang (Tobey Maguire), who looks like he should still be in high school, lets his audience know that he is trying to recount the details of the past few weeks to see how he ended up where he is today.  We immediately get little pieces of the puzzle to give us clues such as a plant, some poison, and a fresh human kidney.  How in the world could these things fit together?  I was hooked from the beginning and had fun finding all the missing pieces and then fitting them together just to stand back, intermittently, and see the shape before me.  One bad decision, lead to another and before you knew it, crimes were committed. The puzzle's true picture was coming into focus before me, but it was not such a pretty one.  Somehow, you could see how one thing really could have lead to another!  Although, I will admit that I told him, "No!" several times, but he went ahead and did it anyway.  Now, I'm usually not a "screen talker," but I was at home watching this on demand with no one to disturb.  There.  That being said, I can go on. 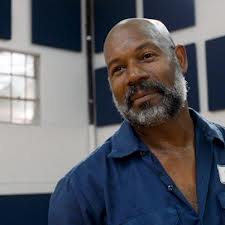 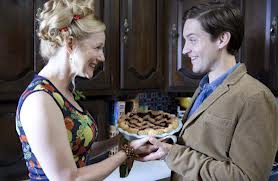 This dark, no let me rephrase that, this VERY dark comedy kept me cringing and looking away just to quickly turn back to the screen as I had to know what happened next.  Dr. Lang and his wife, Nealy (Elizabeth Banks), were the perfect couple having been married for 10 years and have one adorable little boy.  Their major, apparent, problems were as simple as a building code permit and a few pesky raccoons tearing up their newly installed sod.  Simple fixes for both problems escalated rapidly out of control.  Laura Linney played the believably bizarre neighbor complete with 1950's style and a cat as her best friend.  She was loopy and unreasonable in a lovable way; maybe for Dr. Lang it was too lovable!  The dark cloud that followed Dr. Lang rained showers of irony as well and Karma was a bitch.  Ray Liotta played a character I wouldn't want to upset.  (Doesn't he usually?)  Dr. Lang apparently did just that.  Oh, the snowball was getting bigger and bigger and you knew there was going to be an avalanche because of it!  With this all-star cast, I didn't expect a relative unknown-to-me to be the stand-out actor.  Yes, Liotta, Banks, and Maguire were fine, but it was Dennis Haysbert that stood out to me.  He had a recognizable voice that was rich and melodic.  (Think All State Insurance!)  What a natural actor.  Every scene belonged to him.  He wasn't reading a script.  He had become the character of "Lincoln" and told his story through his words, his voice, and his eyes.  As I looked him up on imdb, I found that he is no new-comer to acting.  Somehow I have missed him, but will be sure to watch for him in the future.

"The Details" recalled every step of this married couple's life taking you on an unpredictable journey filled with irony, humor, deceit, and death.  What a combination.  It was completely entertaining and funny in a sick and twisted sort of way.  Take the time to watch this unique and quirky dark comedy.  But beware, this is not your average comedy!