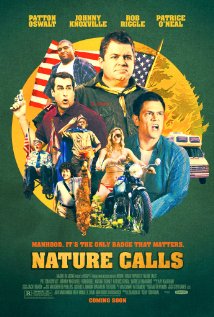 Where to start?  If only I could have started at the end of the movie, I would have saved myself 79 minutes.  “Nature Calls” was about reviving a dwindling boy scout troop, lead by a complete loser who wanted nothing more than to help kids connect with nature.  Sounds like a nice film for the 8-14 year old boy group, right?  Wrong. In a sentence, “Nature Calls” was one of the most offensive, ridiculous, and irritating movies I’ve seen this year.  It offended every aspect of my intellect.  The barrage of constant noise, insanity and ludicrous situations was more than I could handle.  Who wrote this?  (Todd Rohal)  Who did he write this for???  I have no idea.  The language, the focus point, and the overall story had no redeeming qualities whatsoever.  Between the adults acting like pre-pubescent  children and the children acting like wild beasts, I wanted to shut the movie off.  But I didn’t so that I could save you from wasting your time and money. 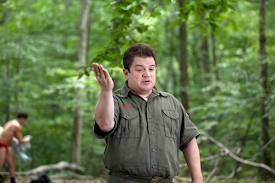 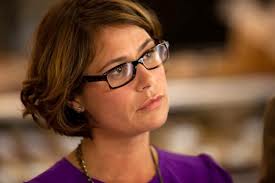 Patton Oswalt played Randy, the unrealistic troop leader trying to convince a group of boys to come back to his boy scout troop to experience nature.  Randy’s brother Kirk (Johnny Knoxville) and his cohort Gentry (Rob Riggle) were intent  on exposing these kids to electronic heaven instead of going on the camping trip planned by Randy.  As Randy broke many rules to get these boys out into nature and connect with it, many ridiculous events occurred.  Kirk and Gentry exploded with anger and outrage and  Kirk’s wife, Janine (played by Maura Tierney), tried to hunt the group down.  Janine was nothing more than a servant who had no personality and put up with being treated like a second class citizen. (Personal note to Maura...WHY?  Why did you stoop to this level?)