DJANGO UNCHAINED EVERYTHING by Pamela Powell 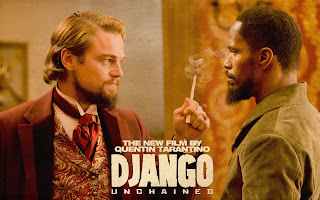 I will be the first to say I am not a fan of Quentin Tarantino.  His movies are just too brutally violent for me.  I didn't make it through "Pulp Fiction" or "Reservoir Dogs."  Come to think of it, I didn't get all the way through "Kill Bill" or "Inglourious Basterds" either.  Now, my 20 year old son LOVES QT.  He wanted to see it so badly (and for free as I pay), he even agreed to go see a matinee of "Django Unchained" with his mother!  My deal with him was that he convey all lost information to me from Eye Coverage.  Yes, I lost several minutes of the movie as I can't have those images burned into my memory. 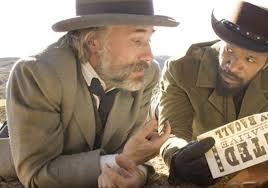 This western which was apparently based on the 1966 DJANGO movie by Frank Nero, had an all-star cast as would be expected in any Quentin Tarantino movie.  Jamie Foxx played Django who was a slave turned bounty hunter thanks to the humanitarian efforts and forward mind-set of Dr. King Schultz played by the over-articulate Christoph Waltz.  The first scene hit the audience with bold type set which informed us that the year was 1858 (2 years before the Civil War)...inferring that most of the audience wouldn't know that that date was 2 years before the Civil War.  Whatever.  Anyway, Dr. King was quickly introduced as he rode his horse-drawn wagon with a large wiggling tooth atop the wagon.  OK.  Details here.  The tooth had 3 roots.  I am sure I am the only one that noticed that the molar only had 3 roots, but come on.  Throw that 4th root on there!  I guess 3 roots would be an oral surgeon's dream. Back to the story.  The violence began quickly and continued throughout the movie.  Yes, this was expected.  Some of the violence, however, was so unrealistic that it wasn't as bothersome as I thought it would be.  Spaghetti Western fit it perfectly as so much of the blood spurting looked like gooey noodles strewn about.  The most troubling aspect of the movie regarding violence were the scenes which dealt with brutality to slaves.  Eye Coverage here. 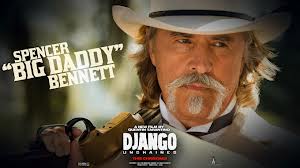 Given all the blood and guts, the movie also was funny.  Even slapstick silly in parts.  One of the funniest scenes featured Jonah Hill in the KKK.  I give credit to anyone who can take such a deplorable group of people and what they stood for and make them into bumbling idiots and funny.  Funny also came into play with the music choices.  I am not a music aficionado.  So for me to notice Rap, 70's, and Beethoven all intertwined, it had to stand out in a very bizarre way.  My son assured me that that is a QT signature on a movie.  OK. 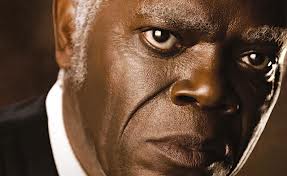 The story was interesting and kept me glued to the screen, except when Eye Coverage was needed.  I was on edge for the entire movie waiting to see if the end goal was attained.  The acting was superb.  This was the first movie that Leonardo DiCaprio was in that I enjoyed watching him.  He played a most spectacular bad guy.  Don Johnson was surprisingly talented as Big Daddy!  He has improved with age from his Miami Vice days!  Waltz and Foxx were believable and likable.  You cared about them and wanted them to succeed.  That brings me to Samuel L. Jackson.  The make-up was phenomenal.  I truly didn't place him until after several minutes of seeing close-ups!  And he played a very unlikable character in the most extraordinary way!  QT even had a bit part in the movie.  Personally, I think he should stay BEHIND the camera. 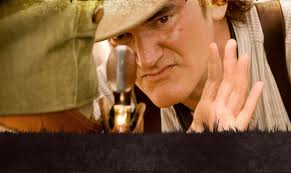 Now the negatives and there generally are always a few in any movie, but this one had some pretty powerful negatives.  The N-word being dropped 7 million times (ok, I'm exaggerating) just got to be too much for me.  It was offensive.  Yes, that was probably the way they talked back then, but WOW!  It kept hitting me over the head.  I can't imagine how someone who was African American felt in the audience.  Then the brutal treatment and violence that occurred was really too much for me as well.  I lost out on a good 5+ minutes of the movie due to Eye Coverage.  The positive about the Eye Coverage was that there was generally fair warning that I needed to do so.  Thanks, QT.  The duration of the movie was 165 minutes...that's 2 hours and 45 minutes.  I felt like there were actually 3 different endings and perhaps one couldn't be agreed upon so they melded all three of them into the film.  Next time, pick one and cut 45 minutes.

This is NOT a movie for everyone.  It was an interesting story with great acting.  It was extremely violent, graphic, and harsh.  But it was also funny.  This well-directed and wonderfully acted movie is definitely for the QT fans out there.  If you are at all offended by language and brutally horrific violence, pick a fun Rom Com instead.

8 REELS for QT Fans
2 REELS for those of us who prefer the non-violent movies.
Posted by Unknown at 8:11 AM