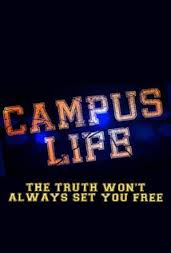 "Campus Life" comes to viewers in a unique format from any other movie I have watched.  Viewed for a nominal fee through www.jumpview.com, viewers can see a short portion of the movie.  This portion piques your interest to find out what happens next as well as what happened before.  In this viewer controlled film, you can do just that.  Pick and choose whose character's perspective you want to see short portions of before or after the main clip and gain insight as to what the final clip holds.  You are in control of how you want to see the movie and through whose eyes.  Each viewer will have a slightly different perspective on the movie until the final clip when all the pieces are put together for you.  I must say, it was quite an original way to view a film.  It was also a bit addictive.  The viewer chosen clips were only a couple of minutes in length and I had fun going along the provided time line to view it in my own organized fashion.  Someone else might choose to see the film based on only two or three character's perspective from start to finish.  I can definitely see this as a mode that is conducive to our hectic and always interrupted life-style.  You watch a couple of minutes here and there, like reading a few pages of a book.  Come back to it at any time and watch another portion.  Seeing a story unfold through different characters eyes is how we view life.  For example, my version of what happened in a story is going to be different than my friend's version who took part in that same story.  This is a very cool concept indeed! 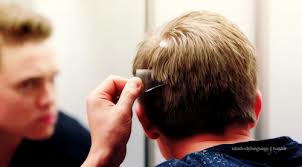 Now, back to the movie itself, "Campus Life."  We have five main characters who are attending a typical college campus, however there are strange things occurring.  It becomes apparent that only these five are aware of the strange circumstances.  All of these students are very different from one another, but realize that these unusual events link them together.   Outside of the bizarre incidents, "Campus Life" magnifies the typical teen's life of female jealousy, male competition, and the need to fit in.  Ari and Elliot enjoy physical fighting as they seem to engage in this at every juncture.  Then we have poor, insecure Izzy who can't handle Greta even talking with her new beau, Arun.  There's also a "gang" who tries to get students to join by using bribery and other tactics deemed wicked or unsavory.  As the weird events escalate, the group tries to figure out why this is all happening and how can they make it stop. 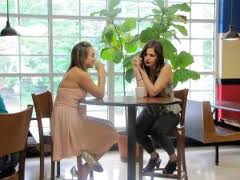 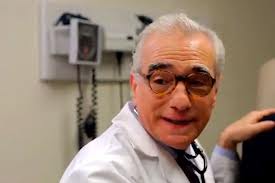 "Campus Life" was a mystery thriller definitely geared toward the teen and young 20-somethings, although, being young at heart, I did enjoy it as well.  I was initially captivated by the two guest appearances by Ray Liotta (I love his eyes!) and Martin Scorsese (I've always wanted to see if I could drink more coffee than him!).  I was also immediately hooked by the novelty of how to view this film...well, after I watched the ENTIRE tutorial (I'm a little impatient), I could then see how to effectively navigate the film.  The script was quite creative; especially considering that scenes had to be re-shot from another actor's perspective.  Leaving each scene, I wanted to see more.  Again, I give the writers credit for being able to constantly leave me hanging after a 2 or 3 minute clip so that I clicked on yet another scene.  The stars of the film were aptly cast and weren't your typical Hollywood actors which was rather refreshing.  Given the end of the film, and I don't want to spoil anything, I truly enjoyed each character's performance!  Yes, both Ray Liotta and Martin Scorsese were great.  Their roles weren't huge, but they added so much to the credibility and humor to this film. 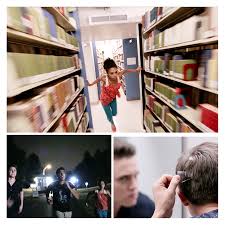 There are really two things that I am reviewing here:  "Campus Life" and the venue in which to see this film.  Both were uniquely creative and engaging.  I had an entertaining evening navigating my way through this film; feeling like I was engaged and somewhat in control of how I processed the movie.  I think this is a movie anyone in their teens and 20's will enjoy and I know that they will enjoy utilizing this new viewing technique.  Hats off to the writers, directors, actors and the distribution company for giving viewers this new technology for film.
Posted by Unknown at 10:38 AM