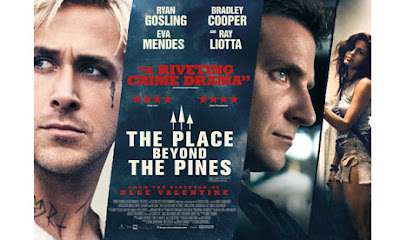 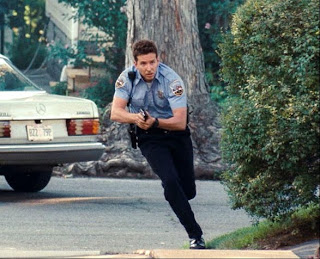 THE PLACE BEYOND THE PINES is a movie I have been keeping tabs on for quite some time.  Why wouldn't I?  With the cast of Ryan Gosling, Bradley Cooper, Eva Mendes, and Ray Liotta, it was a "must-see" for me.  Waiting for the release date, I was disappointed that it was a limited release.  Not living in NYC or LA, I had to wait a week when it was finally released in Chicago.   As I sat down in "my" seat at the theater, I began to look around at the other viewers who anxiously attended a 10 am screening.  All those in front of me seemed to pack a picnic lunch from home which included salami sandwiches, chips, and drinks.  The other crackling I heard throughout the movie was unidentifiable.  I'm curious as to how many people can't last through a 2 1/2 hour movie beginning at 10 am without having a full lunch?  Thank God the lights went down so my distractibility could be dissipated. The basic premise of the movie was that a motorcycle stunt driver learned that his one night fling resulted in a baby who was now about a year old.  Given that the cyclist's skill set wasn't a lucrative one, he decided to rob banks and provide for his former lover and new son in that logical way.  This decision put him directly in the path of a lawyer turned police officer who attempts to catch the thief.  Gosling plays Luke, the caring, yet violent father of the little boy.  Mendes' character Romina, sought 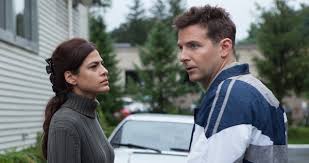 comfort and stability with her current beau yet was torn between that and her love of Luke.  It wasn't until much later in the film that we were introduced to Cooper's character of Avery, the rookie cop who doesn't seem to understand how his corrupt precinct worked.  This film took on segments of each character's life in order to paint a complete picture.  We wanted to like Luke and to understand him, but we knew he just made one poor decision after another.  When Luke and Avery's life intersected in the early years, the results are significant.  The film picks up 15 years later when the son's of the two lead characters now intersect.  Justice, love, lies, protection, loyalty, and truly knowing right from wrong were all things each character dealt with on different levels. 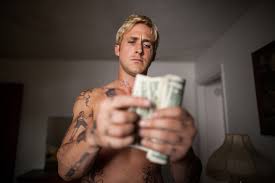 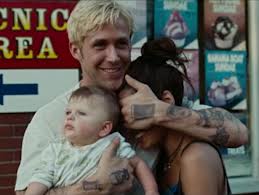 There was a lot of action as well as stressful situations throughout this movie to keep you wanting to see what happened next.  The camera work was notable or maybe I should say noticeable, as it almost felt strobe-like during chase scenes and the motorcycle riding.  This aspect definitely added to the intensity and uncomfortable feeling, but in truth, it might be too visually stimulating for some.  There were comments of nausea due to this after the movie.  Each scene set the tone and explained each aspect of the upcoming scene so there really wasn't much thinking involved on the viewers' part.  Everything was really done for you.  The voids were easily explained away.  The scenery was beautiful as much of this film was completed on location in Schenectady, NY...not far from one of my many places I called home many years ago.  Although there appeared to be complete resolution at the end of the film, it left me feeling disappointed.  It felt like a large slice of someone's life laid out before me, but it was a story that didn't really have a true end and who was I really to care about in this film?  But maybe that's what the filmmakers wanted.  A slice of life.  A large slice of life.  They got it. 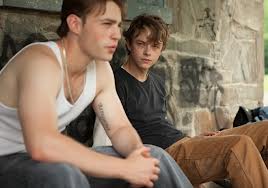 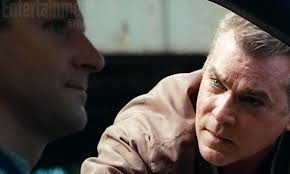 I'd wait for this 2 hour 10 minute movie to come out on DVD.  It was good, but not great.  I had expected more.