MISTAKEN FOR STRANGERS: A TALE OF TWO BROTHERS by Pamela Powell 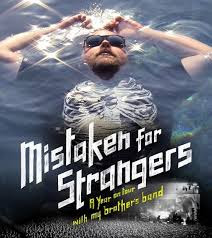 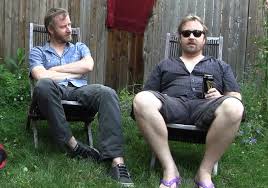 "Mistaken For Strangers" couldn't have been more aptly named.  Two brothers, Tom and Matt Berninger, were the yin-yang of siblings.  Matt, the eldest, was the All-American boy as a child.  He then grew into a successful indie rock star as the lead singer of The National.  Tom's career?  Well, he hadn't figured that one out yet.  Tom was stilling living with his parents in Ohio, making strangely entitled homemade horror flicks. Even physically, these two brothers were opposites; Matt was tall and lean and Tom reminded me of Jack Black character.  With Tom's life currently at a standstill,  Matt came to Tom's rescue with an invitation to join Matt on an international tour as one of his roadies. 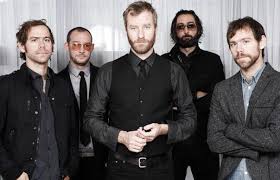 At this point, you could predict that this would be a film about an international road tour of a cool, hip, indie rock band.  You couldn't be more wrong.  This was a movie about siblings and their development of their relationship over their lifetime.  The family bonds were strong with these siblings, even though at times they were frayed and about to break.  Tom Berninger's courageous introspective look enabled viewers, and I'm guessing himself, to see what made Tom and Matt so different.  Tom showed the world who he truly was, who he really wanted to be, and what it took to better himself.  Tom was a work in progress that started a little late.  Better late than never. 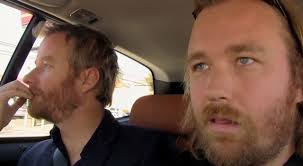 The film began as The National took to their international tour with Tom on board as an employee with actual responsibilities.  As Tom's interest was filmmaking, he brought along his video camera to document the tour scene as well.  Having to be constantly reminded that he actually had a job that involved organizing things for the members of the band, Tom consistently failed.  His big brother was well aware of his little brother's shortcomings, but generally showed patience and support.  He was almost fatherly to Tom.  With each tour stop, Tom filmed a variety of interviews and self-interviews about how things were going.  Tom was brave enough to show every aspect of his personality ranging from his lack of focus to his jealousy of his brother.  As he interviewed the other members of the band about his brother, you actually gained more insight into Tom and his feelings than information about Matt.  The film ended up giving  you sympathy for both brothers. The disappointment that Matt felt with each and every failing Tom went through and the self-loathing Tom felt when he failed, broke your heart for each of them.  However, the patience and kindness, but above all, the love these brothers showed one another pulled this movie together to tell a complete story.  This was a journey of growth for Tom in a positive direction.  If only we could all have the courage to look in the mirror and see who we really are, we could all grow in a positive direction! 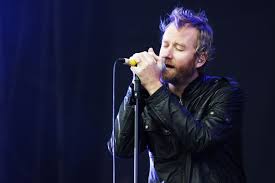 "Mistaken For Strangers" was oftentimes funny, awkwardly uncomfortable, and sweet. It captured a realistic and open view about two brothers.  Tom put himself out there for all to see who he truly was.  He showed how to turn his past around, learn from it, and better himself.  Having the courage to show yourself to everyone for who you are is one thing, but to really see yourself and make changes is the most courageous thing of all.  These two brothers really could be "mistaken for strangers" until you see that they both have hearts of gold!  Oh, and by the way, the music was phenomenal!  I'm the newest fan of The National!