THE HANGOVER PART III ANOTHER DISAPPOINTMENT by Pamela Powell 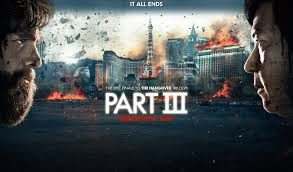 I saw THE HANGOVER in 2009 and laughed my ass off.  Yes, the ridiculous situations, the total inappropriateness of the movie was absolutely hysterical!  Then, two years later, we had THE HANGOVER PART II.  Ugh.  It was completely disappointing in every respect.  It was vulgar, crass, disgusting and simply not funny.  That brings us to the current day with THE HANGOVER PART III.  After "Part II," I thought I should probably do a couple of shots of tequila before I go into my noon matinee.  Just kidding...although that wouldn't have been a bad idea! 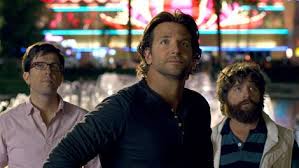 THE HANGOVER PART III picked up with The Wolfpack doing an intervention with Alan as his behavior had gotten even more out of control.  Alan had purchased a giraffe.  The subsequent beheading of the animal as it was transported on the freeway going under an overpass resulted in Alan's father dying of a heart attack due to the stress.  It was now time for the 42 year old to grow up.  As the Wolfpack was driving Alan to the rehab center, their car was run off the road.  Doug was then kidnapped by Black Doug and his posse, leaving the other three, once again, on their own to complete a mission to save Doug.  Poor Doug gets very little screen time in these movies!  The antics began as the three went on their way to find Chow in exchange for Doug. 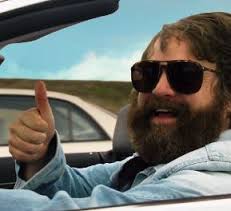 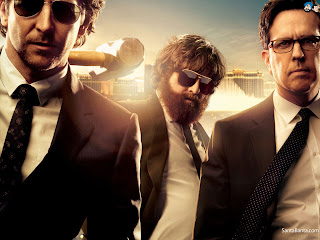 "Part III" was just more of the same of "Part II" and the original.  It went along the same story line with silly situations arising and their reactions to them.  Starting in Bangkok, then to CA, Tijuana, and Vegas, the three had very stilted conversations, lots of violence, and very little humor.  It just wasn't very funny.  A mild "hehe" was emitted occasionally, but that's it.  There were funny references to the dental industry, but I'm guessing I was the only one who laughed at those because I'm married to an oral surgeon.  A bit more rehearsal and a few more rewrites were called for.   Frequently, I felt like Bradley Cooper was reading his lines on large note pads off screen.  I love Bradley Cooper (Who doesn't?) and he is a wonderful actor, but truthfully, I think he just showed up for the paycheck.  A large paycheck, I am sure, but put some effort into it!  Zach Galifianakis' lines were so contrived and awkward that I was almost embarrassed for him.  Even John Goodman and Melissa McCarthy couldn't save this one. And so the story continued.  As I wiggled and changed positions in my seat trying to stay focused on the screen, I had wished I did stop in to the pub next door and have a couple of shots of tequila after all! 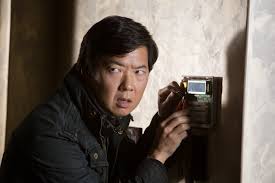 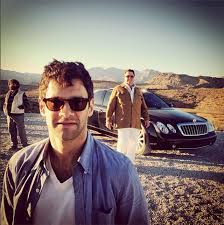 Finally, THE END had come.  The credits rolled.  Very plain, dull credits and I thought to myself, "Come on!  You didn't even spring for out-takes?"  Everyone left the theater and as I gathered my belongings, a final scene appeared...what happened the next morning was shown!  That was funny!  Even though this movie was a disappointment to me, there will be plenty of people to go and see it.  IF you do go, stay till AFTER the credits roll.

I'm sure the teen and twenty-somethings will still enjoy this. It is better than "Part II," but nothing will compare to the first one.  I'm glad it's the final installment.  But my 18 year old daughter said even though she thought "Part III" was just ok, she'd still go see a "Part IV!"  Nooooo!  Who is this child????