THE RIDER AND THE STORM BEATS MOTHER NATURE by Pamela Powell 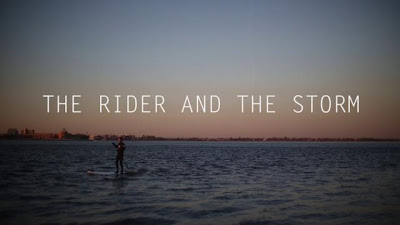 "The Rider and the Storm" is the third impressive film from the duo of David Darg and Bryn Mooser.  Sitting comfortably with a win last year at the Tribeca Film Festival for "Best Documentary Short-Special Jury Mention" for "Baseball in the Time of Cholera," these two filmmakers presented "The Rider and the Storm" at this year's festival.  "Rider" effectively told one of many possible individual stories coming out of the devastation of Hurricane Sandy.  Timmy Brennan, an iron worker for the Freedom Tower, lost everything in the resulting fires from Hurricane Sandy.  His home, along with all of his neighbor's homes in Breezy Point, NY, were leveled from the intense fires during the hurricane.  Timmy soon found that even as strong as Mother Nature was, human nature was even stronger.  The kindness and strength from within and from those around him, gave him the will to carry on.  Timmy's story was one of many possible stories, but "Rider" captured the very heart and soul of NYC. 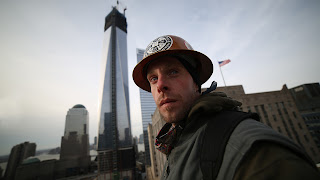 Few truly realize and understand the devastation that a hurricane can inflict upon an area.  TV images and short reports cannot do it justice.  This was true in the coverage of Hurricane Sandy just last October. "The Rider and the Storm," however, was able to give you so much more about this storm.  It touched upon a human aspect of this storm to express not only the destruction the hurricane caused, but the resiliency of those affected by it.  Timmy Brennan was one of those people harshly affected by Sandy.  As an iron worker for the new Freedom Tower,  he lived near the ocean in Breezy Point, NY.  Timmy's passion for surfing and love of the peaceful ocean calmed him after a tough day working in Manhattan.  After the fires and hurricane subsided, Timmy and his mother were left with nothing more than a foundation of a house and charred memories.  As Timmy sorted through the embers, his mother wanted nothing more than to find her engagement ring from her now deceased husband.  Timmy wanted desperately to find his surfboard.  Salvageable photos, thanks to the water in the basement, were found which would have been memories forever forgotten.  This film hammered home the idea of what things truly are important in one's life.  Of all the possessions this mother and son had, only two items actually mattered:  a ring and a surfboard.  One item was recovered and one item was replaced thanks to the generosity and caring of those in the community. 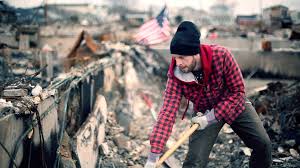 You might wonder how filmmakers found Timmy and why they wanted to tell this powerful story of hope.  The filmmakers, David Darg and Bryn Mooser, were also relief workers.  Within 48 hours of Hurricane Sandy, David was coordinating relief efforts through Operation Blessing.  In this area of NYC, there were many homes still standing, but the interiors needed to be completely gutted.  Within a week, both David and Bryn were lending a hand to the neighboring Breezy Point area.  The filmmakers happened to stop by to help Timmy dig through all the rubble.  As they talked and bonded over surfing, the filmmakers could see that Timmy was the true representation of NYC.  David recounted that Timmy had every right to be angry about the hurricane and his current situation, but he wasn't.  Timmy knew he would bounce back.  But what he wanted more than anything is to get back to that ocean and reconnect with nature.  This was the healing process that Timmy needed. As a proud ironworker for the Freedom Tower, Timmy and his story symbolized the hope and strength of NYC.  He was the "spirit of the city" which illustrated how to recover from adversity.

David and Bryn had no intention of filming a movie, but after meeting and talking with Timmy, they knew that his story had to be told.  The dichotomy represented in the ocean was surprising.  The ocean destroyed everything, yet it was the one thing that could help Timmy regain peace.  Bryn and David knew that Timmy's story could provide others facing adversity the strenghth and vision for the future. 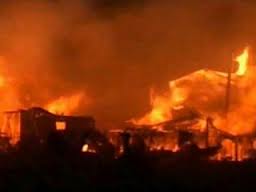 Disaster draws the media and Hurricane Sandy was no exception.  Media immediately converged on the devastation in and around NYC, but news coverage is fleeting.  The hurricane is now gone and the fires are out, but the loss and the ruins remain.  The rebuilding must still occur.  With the media no longer covering this story, according to Bryn and David,  it must be sustained for the healing to continue.  Timmy continues on with his story of his newly formed surf camp for troubled kids.  Helping others appreciate nature is his way of giving back.  "Rider" exemplifies the fact that when a negative occurs, a positive can usually be found. "The Rider and the Storm" is a film that depicts resiliency and the positive human nature around us. 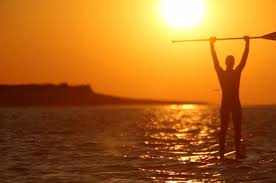 With many "shorts," it's difficult to see them once they are done traveling the film festival circuit.  Bryn and David assured me that "The Rider and the Storm" would become available on-line at no cost through easily accessed sites.  When it does becomes available, I will post it for you.  The vocations of filmmaker and rescue worker are just two of the many things Bryn and David do to make a difference.  They also have taken on a new endeavor utilizing another medium: the online news format.  RYOT (pronounced "riot") news is current news information, both positive and negative, but with a twist.  You see, they give you, the reader, the opportunity to actually do something about what is happening in the world.  As Bryn said, "You can become the news...you can do somehting about it."  Now that's news!