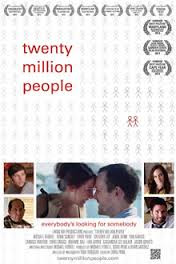 Michael Ferrell takes on love from a male's perspective giving this Rom-Com genre a breath of fresh air in his new film "Twenty Million People."  Written and directed by, as well as starring, Michael Ferrell, his character Brian is fed up with sappy, cliche love story movies where the couple runs off into the sunset and lives happily ever after.  As a bartender in NYC, Brian has no qualms about sharing his jaded viewpoint.  It's just this cynical attitude that introduces him to the girl that could be his "happily ever after." 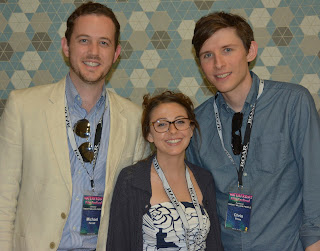 Trudging through the day to day work as a bartender, Brian sets up movie night at his place of employment.  Brian's attitude toward love and relationships is evident from the beginning.  He wholeheartedly disagrees with the possibility of a soulmate...that is until he meets Ashley (Devin Sanchez) that night.  With similar jaded viewpoints on love, the two start to hang out together.  No commitment, just spending time together.  However, Brian begrudgingly falls more deeply in love with Ashley and with these confusing feelings, the fictional movie characters from that sappy love story movie come to life for Brian as they lend a hand in figuring out  his love life.  Perhaps Brian has more insecurities than a cynical attitude.  When Ashley suddenly disappears, Brian is lost. With the help of his best friend, Edward (Chris Prine), and his new found fictional friends, Brian seeks out this woman and finds much more.

Beautifully set in recognizable parts of Manhattan, this film dances gracefully through the steps of a new relationship.  Creatively interwoven fictional movie characters with real life brings "Twenty Million People" to a higher level of entertainment.  Sanchez' character, a stand up comedian, adds even more humor to this film.  Ferrell's writing, directing and acting are realistic and superb lending the viewer to see relationships from a different viewpoint. 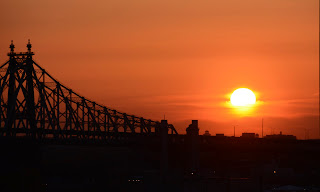 "Twenty Million People" is a classic NYC love story.  Even with some predictability, it's a film that is refreshingly honest and realistic.  Fun, humorous, sweet, and creative Rom-Coms from a male's point of view are unique and a welcome change to the movie industry!
Posted by Unknown at 10:30 AM