THE WOLVERINE DEVOURED MY MONEY by Pamela Powell 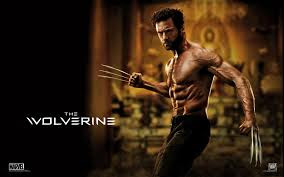 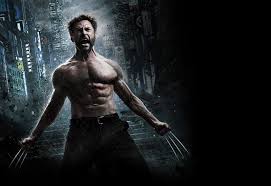 For those of you who are unfamiliar with The Wolverine, he is a part of a group called the X-Men.  The Wolverine, aka Logan, is a mutant. He is impervious to injury which makes him immortal.  He is also a  “soldier” who is here to fight for justice.  The first movie, “X-Men,” came along in 2000 based on the Marvel Comic Book series.   This was followed by  X-Men: The Last Stand” and  “X-Men Origins: Wolverine.”  Then in 2011, it was “X-Men: First Class.”  We are now in the current time, 2013, with “The Wolverine.”  Whew!  But don’t get comfortable folks, because just when you think you are in the here and now with this entire series, in 2014 the movie “X-Men: Days of Future Past” will come along. You might ask yourself, “Will this be a prequel to the upcoming sequel?”  A crystal ball combined with a history book of the X-Men is necessary along with a Tylenol! 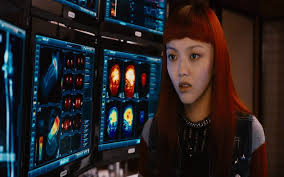 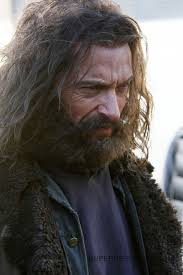 In “The Wolverine,” Logan is summoned to Japan to say his farewell to an old friend he saved during the bombings of Nagasaki, Japan during WWII.  However, there is more than meets the eye as Logan sees why he is truly asked to see his old friend.  The beginning takes us back to Logan’s meeting with Yashida.  We see the two young men helping each other as the impending bombing is upon them.  After Logan saves Yashida from imminent death, the scene quickly fast forwards to the current time.  Logan is a troubled, dark, and somber individual hiding in the cold, dark, and troubled northern-most territories.  Every aspect of Logan is dark and troubled as he wrestles with his past and struggles with his future.  Yukio who is sent by Yashida to find Logan, locates him in his oh-so-troubled world.  She then brings him back to Tokyo under the pretense that Yashida is dying and wants to say “thank you” and “goodbye.”  Logan soon realizes that Yashida wants more than to impart his kind words as a dying man.  Logan finds himself fighting for his life and for the young, beautiful damsel in distress.  To do this he battles a myriad number of groups of bad guys including a “femme fatale”  and her band of thugs. 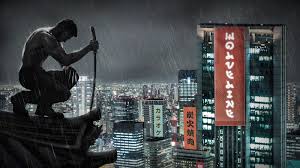 “The Wolverine” has an intense beginning with a promising story-line, if you are into the Marvel Comic Book genre.  Unfortunately, after that first scene, the story falls apart very quickly.  It’s slow pace and constant close-ups of longing looks devoid of emotion rapidly becomes monotonous.   As soon as Logan and his “body guard” Yukio step off the plane onto Japanese ground, the remainder of the movie focuses on long, drawn out Japanese translations, the previously mentioned blank looks, and more Kung Fu fight scenes than Bruce Lee could have ever imagined. 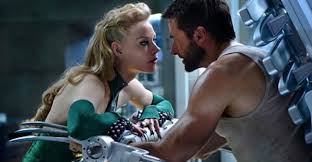 Predictable and monotonous are the two words that describe this film.  As it is a comic book movie with a hero, predictable is fine and to be expected.  It’s the monotony that is unacceptable.  Of course there will be fight scenes, but to have more than 75% of the film as slicing and dicing truly becomes boring.    If that isn’t bad enough, the dialogue is so contrived and ridiculous that it is almost funny. Almost.  More humor would have helped this film tremendously. Caring about the main character is also a necessity and with Logan’s monotone voice and flat affect, you can’t connect with or care about him.  The one saving grace of this film is the classic fight scene atop the Bullet Train, reminiscent of Bond. The special visual effects here are captivating.

“The Wolverine” is a tedious production which continues the saga of Logan.  The story drags and the continuous fight scenes are repetitive and monotonous.  With the characters devoid of emotion, the audience is left not caring.  This is an equation for disaster for a movie.  Skip this one.