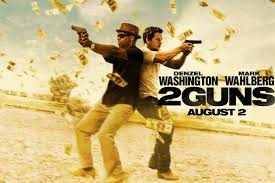 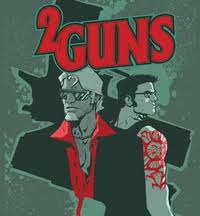 “2 Guns,” an action comedy starring Mark Wahlberg and Denzel Washington, hits theaters today. Originally a graphic novel written by Steven Grant, “2 Guns” competes with the already saturated comic book genre. With so many other films of its type currently performing on the silver screen, can it stand out against the more widely known comic book characters such as Superman, The Wolverine, or Iron Man especially since this dynamic duo doesn't possess a single extraordinary power? “2 Guns” has Baltasar Kormakur sitting in the director’s chair and conducting these two talented actors which means there is a distinct possibility that “2 Guns” actually will appeal to not only the graphic novel fans, but to other demographics as well.  My guess is that casting was done to also appeal to the female demographic.  It worked on me!  Kormakur may be a relatively unknown name to most, but this is the second film he has directed with Mark Wahlberg.  The first, “Contraband,” didn’t exactly receive top accolades, but it was an interesting, intense, and entertaining crime-thriller.  “2 Guns” proves to be a little change of pace with the comedic aspect. 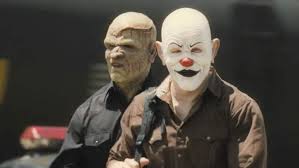 Bobby Bean and Michael Stigman, an odd pair of thieves, are working together to pull off a huge bank heist after a drug deal south of the border goes sour.  As retaliation, the two then engineer a plan and successfully steal $43.125 million.  Unfortunately, neither of them is aware of each other’s true identity until the robbery has been completed.  This  stickup has touched more groups of “bad guys” than they could have ever imagined.  They must now trust each other to get themselves out of a dire situation or lose everything that is important to them. 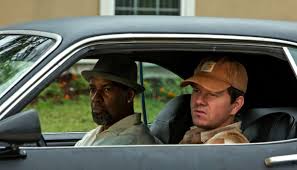 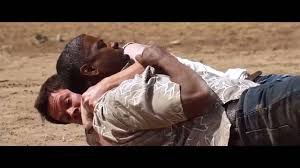 Bobby Bean and Stigman couldn’t be any more different.  Bobby, the obviously more calm, cool, and collected of the two, plays the straight man while Stigman’s immature behavior gets the laughs.  This unlikely pair are the yin-yang of any dynamic duo.  Bobby Bean suits up in his fashionable fedora and gold trimmed lateral incisors  while Michael Stigman, dons a trucker’s outfit of jeans, a plaid shirt, and a baseball cap.  The two together are reminiscent of brothers who are always antagonizing and pummeling one another, but no matter what, will be there to protect one another.  Or will they?  Of course there must be a love interest in the film to complete the formula.  Unfortunately, Bobby’s relationship with the gorgeous DEA Agent Deb (Paula Patton) has, like the drug deal, gone south.  As Bobby and Stigman try to figure out who the real bad guys are, there is plenty of shooting, double crossing, chasing, explosions, and, of course, more shooting.  But with the title "2 Guns," that is to be expected. 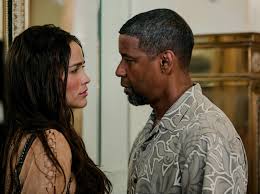 Washington and Wahlberg are perfectly cast in their roles. Even though the two appear to be polar opposites, they seem to go naturally together like peanut butter and jelly.  They are fun to watch and even more fun to listen to.  This high action crime movie doesn’t take itself too seriously, though.  The tongue-in-cheek lines, the ridiculous situations and comments about them, keep even the violence in check using humor.  That’s not to say that there isn’t some pretty realistic violence in this film.  There is.  It’s harsh and the body count is high.  The explosions are big, the car chases are fast and furious, and the stunts are impressive.  Although it was difficult at times to figure out who was double crossing whom, it all came together at the end using what felt like a recipe of “How To Make A Movie.”

“2 Guns” is exactly what it promises to be:  lots of action with a bit of comedy. Kormaker’s direction of two talented actors allows the movie to deliver on the goods.  It tells a story and keeps you interested through most of the film.  Although some of the story is a bit convoluted, it’s not enough to distract you for long.  Washington is always a pleasure to watch and Wahlberg possesses a wide range of acting skills.  Anyone who appreciates action-comedies will enjoy this film.  It’s violent, but the comedy aspects offset the gore and brutality.  If you’re not into shoot ‘em up types of movies, you might want to skip it.