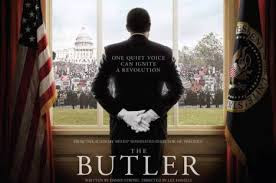 “The Butler” opens Friday in theaters nationwide competing with “Kick Ass 2” and “Jobs.”  The limited marketing of this summer showcase of stars is rather surprising.  Forest Whitaker and Oprah Winfrey are the headliners, but other standout celebrities include Robin Williams, Cuba Gooding, Jr., Jane Fonda, James Marsden and Alan Rickman.  That’s quite a talented cast, but can the story outshine or even equal the brilliance of actors? 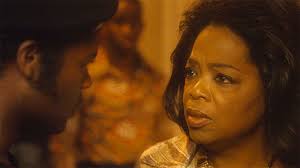 “The Butler” is based on the real life story of Eugene Allen who served as a butler in the White House for 8 terms.  The movie takes Allen’s life and turns it into a story about the fictional character, Cecil Gaines.  Gaines’ life begins in turmoil as a young boy in 1926, in Macon, Georgia on a cotton farm.  He witnesses his mother’s rape and his father’s murder.  This horrific scene is just the beginning of Cecil’s journey to find equality.  With the help of his master’s mother, Cecil learns a skill that shapes his life to come.  He then leaves the plantation and becomes one of the butlers serving many of the presidents of the United States.  During his career, he also raises two very different sons.  Their goals, seemingly different, are actually one and the same.  It’s how they perceive the means to the ends that pulls them apart.  When is it too late to make amends? 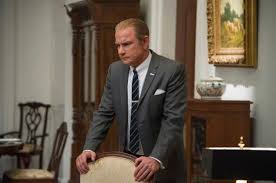 The film focuses on several aspects of Cecil’s life, not finding one main focal point.  We see Cecil as the versatile and perceptive servant to many presidents.  Cecil appears to impact each and every one of them, but the interactions are too fleeting. to be believable. Cecil’s relationship with his wife is yet another point of interest which is underdeveloped. Cecil and his wife Gloria have many issues typical of any marriage, but unique to a black couple who are in Washington, DC at that time and are connected to the White House.  Again, missed opportunities to explore a very interesting and complex aspect of the story.  In addition, we then have Cecil’s inability to relate to his two growing sons. The tumultuous 50’s and 60’s directly impact his family as Cecil’s son, Louis,  becomes a Freedom Rider and eventually a Black Panther.  Louis and Cecil have completely contradictory views on how to gain equality.  The resulting interaction consistently falls short. There are so many missed opportunities to really explore their relationship. We then have the obvious focus of the film which is the civil rights movement.  Unfortunately, just as the story is becoming intense, the cut is made back to the White House to a dinner with the next incoming president.  The film attempts to cover too much in too little time.  There are too many stories trying to be told.  This takes away from telling any of the stories well. 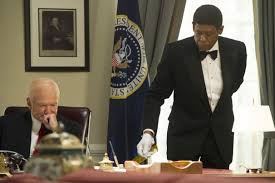 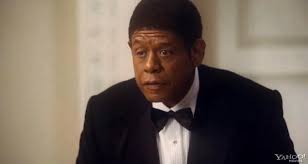 Forest Whitaker plays Cecil Gaines in Whitaker style.  He is adept in conveying pain, disappointment, and conflict without saying a word.  You feel what he is feeling whether you have experienced what he has or not.  Oprah Winfrey is quite competent in the role of Cecil’s wife, Gloria.  She is a mom and a wife, but an unfulfilled one.  She loves her husband, but is conflicted.  All of these emotions are clearly displayed.  The well-known actors playing various presidents are spot-on with their speech and mannerisms.  James Marsden, playing JFK, Alan Rickman as Ronald Reagan, and Jane Fonda as Nancy Reagan are particularly impressive. 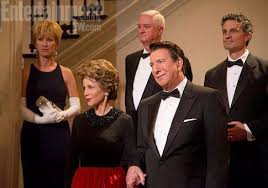 “The Butler” tackles the daunting task of relating history accurately, telling a story of an influential butler in the White House,  and most importantly,  relaying a tale about a father and son in an entertaining way.  “The Butler” can’t do it all.  It misses the mark by trying to do too much.  The heart of this story is about Cecil and his son Louis, but you have to brush away too many layers to really see this.  In the end, this very ordinary man has a very extraordinary life possibly influencing American history.  The changes he is witness to are amazing. Unfortunately, the pace of “The Butler” is too slow and the overall entertainment too low.