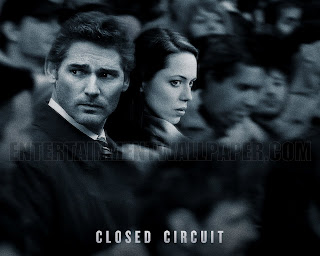 CLOSED CIRCUIT stars Eric Bana and Rebecca Hall as the antagonistic ex-couple who are barristers assigned to defend an accused terrorist in London.  Their past may impact not only their defendant, but also their lives.  This "cat and mouse" thriller capitalizes on the basic premises in George Orwell's 1984.  Big Brother is always watching.  In this case, Big Brother is the government of England. 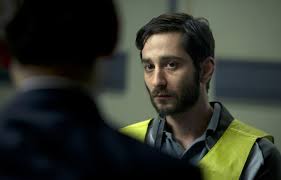 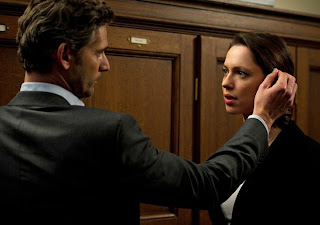 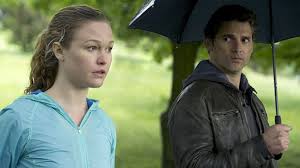 CLOSED CIRCUIT takes on current day issues such as terrorism attacks, homeland security, government spies, and privacy.  As a bomb explodes in Central London, killing 120 people, the government must find the culprit to put the city at ease.  Exposing the terrorist at any cost, bringing him to justice, but still abiding by British law is at the heart of this film.  The story is tense and suspenseful from the beginning and doesn't relinquish until the end.  The complexity of the film comes from the explanation of the British legal system.  While our government and legal systems are similar, there are some very big differences.  Not being an attorney myself, although having watched numerous hours of 'Law and Order' which is the standard of every American thinking herself a relative expert, it is refreshing to wrap your head around this unfamiliar system. 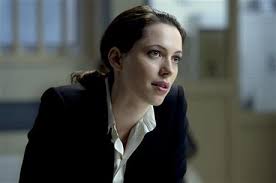 Martin Rose and Claudia Simmons-Howe have a sordid past together leaving each of them bitter toward one another.  As they must work together to adequately defend this accused terrorist, their feelings for each other can't be completely suppressed.  As the two discover more compromising information, they become targets themselves.  The mystery of who is at the bottom of this and how all the intersecting pieces fit together keep you glued to the screen.  It feels as if you are solving the puzzle right along with the two main characters. 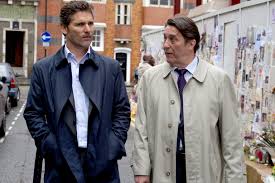 Bana's performance isn't exactly stellar, but Hall is always a pleasure to watch as she is natural and believable in any character she portrays.  The attraction between Hall and Bana doesn't really work, but it's not the ultimate key in this film, so that aspect can be forgiven.  Rounding out the cast is Ciaran Hinds and Jim Broadbent.  Both actors are so versatile, but it's Broadbent's rather intimidating part as the villian that he plays with such ease that captures your attention.  He is the perfect villain you love to hate.  Or perhaps you hate to hate him because he's such a pleasure to watch!  Julia Stiles has a small, but important role as an American Journalist.  As always, Stiles fits whatever role she is given.

Overall, CLOSED CIRCUIT is an intense and suspenseful mystery thriller that is completely entertaining.  It mixes in a bit of romance as well, but not to distraction.  The topical relevance is eye opening as well as compelling to watch.  This one is worth seeing either in the theater or on DVD later.  It's not too violent and tells a good story.