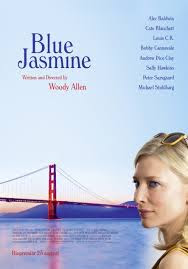 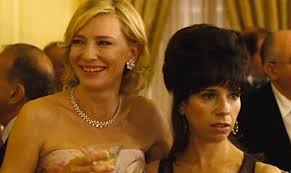 I'm going to lay it out for you right now.  I'm not a Woody Allen fan.  However, in the recent past, his work has become more appealing.  First with "Midnight in Paris," and now with "Blue Jasmine" his true creativity and distinct abilities behind the camera are apparent to me.  "Blue Jasmine" has an all-star cast with Cate Blanchett, Alec Baldwin, and Peter Sarsgaard to name a few.  But the talent doesn't stop with those names.  Allen seems to be able to direct each and every actor, known and unknown, to make them shine. 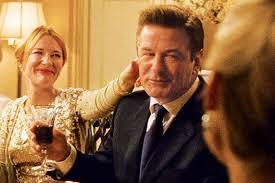 "Blue Jasmine" is the story about a woman who has lost everything and now, with her sister's help, tries to rebuild her life.  Initially, Jasmine lived the life anyone would envy.  She and her husband had many homes, attended and hosted dinner parties for charities, shopped at only the best stores and discussed vacations in Italy and other charming places.  That all came to an end when Jasmine's husband was arrested for the way he made his money.  They both lost everything and now the penniless Jasmine has traveled from NY to San Francisco to live with her sister.  The two couldn't be any more opposite. 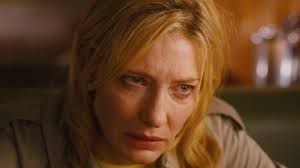 This story captures you from the moment we are introduced to Jasmine.  We quickly realize that Jasmine isn't exactly emotionally stable.  But she covers that well with her upscale attitude and other social graces.  This complex story keeps Jasmine at the center while she interacts and reacts to her new surroundings.  Finding a job and dealing with the ordinary daily life issues the rest of us have are well beneath her, but she still tries.  She's judgmental and difficult and life needs to center around her.  She affects everyone around her and not always in positive ways. 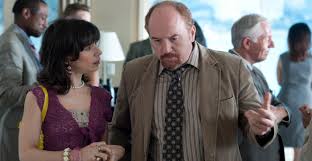 This film truly shines in every capacity.  The acting is spectacular.  Cate Blanchett has such depth and emotion to her character that you had no question as to what she was feeling and why.  You may not always agree with her, but you truly understood her.  Sally Hawkins plays Jasmine's sister Ginger.  The two sisters are not biologically related as they were both adopted.  Ginger is the poor white trash of the family and the two have always resented one another.  Hawkins gives heart and life to this very complex character.  With Baldwin as the smooth business man and womanizer and Sarsgaard as the sweetheart, the depth and complexity continues.  Even Andrew Dice Clay's performance as the softie with very low potential is a character you care about.  How Allen developed each and every role so that the viewer would truly relate to and care about them, I will never know.  But he has.  The filming technique is reminiscent of other Allen movies, but not to distraction.  The music, also classic Allen, just accentuates the mood of the scenes which is complementary. 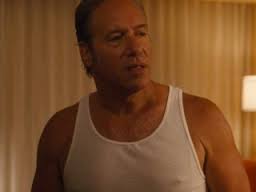 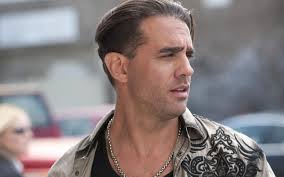 "Blue Jasmine" is a complex yet simple story about one woman dealing with the loss of her entire world as she knew it.  Her journey to try and regain the person she was is captivating.  "Blue Jasmine" feels real.  Allen's ability to write a script and transport the viewer into the film is amazing.  The story develops in a two-fold manner.  You skip back and forth from present to past while the past story is stapled together to explain the present.  This parallel story telling gives you just enough information to understand the protagonist's viewpoint as well as the supporting character's actions.

"Blue Jasmine" is a wonderfully acted, directed and written film.  Surprisingly, Woody Allen has ventured out of NYC and into San Fran with flawless perfection.  Blanchett's performance is Oscar worthy with a supporting cast of equal performances.  The film's nuances and unpredictability pulls you in for total entertainment.    "Blue Jasmine" is Allen's perfectly flawless film!