ABOUT TIME MAKES THE MOST OF IT by Pamela Powell 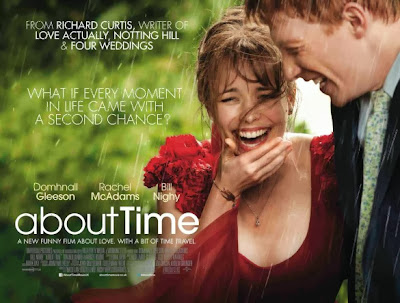 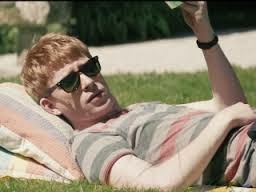 ABOUT TIME stars Domhnall Gleeson and Rachel McAdams along with Bill Nighy from "The Best Exotic Marigold Hotel" and Lindsay Duncan from the wonderful upcoming film "Le Week-end."  You might look at the lead character of Tim played by Mr. Gleeson and think he looks familiar but just can't place him.  I know I did.  He played Bill Weasley in "Harry Potter."  Rachel McAdams is the familiar face playing quite a typical role for her.  "About Time" is a sweet and endearing film about a father and his son who share a special male familial gift of time traveling.  When Tim turns 21, his father (Nighy) must have "the talk" with him.  Yes, we all have to have "the talk" with our children, but this talk is a bit touchier. Tim's Dad must convince him of the impossible and then explain the nuances of time travel.  Tim, a sweetheart, but not exactly a "ladies man" wants nothing more than to fall in love.  Of course, changing the course of history and making lots of money come up with having the extraordinary ability to travel through time, but his father quickly puts a kibosh on those concepts.  Tim takes his new found skill and hones his ability to woo the woman of his dreams.  But changing one or two things can have a significant impact as Tim soon finds out. 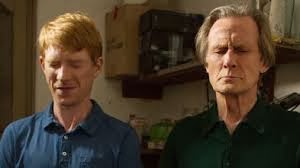 What would you change if you could go back in time?  Is there such a  think as the "butterfly effect?"  Yes, this sounds like a rather cliche movie.  It is, but it's not.  Of course, Tim must see the pitfalls of changing the past and learn lessons in life.  As the movie is narrated with Tim's hindsight, he imparts his wisdom upon the audience.  He takes us on a journey of love.  This love isn't just of a special woman, though.  This journey of love encompasses his parents, his sister, and his friends.  His one special love of his father is the most touching and heartfelt as the two travel through not just time, but life. 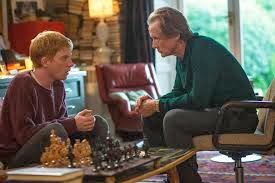 Domhnall Gleeson takes on the lead role with the utmost confidence to play this rather awkward young man given the gift of time travel in an ordinary life.  His believable performance sweeps you off your feet as you become a part of his experiences moment by moment.   His enviable family relationships seem almost idyllic, but then in a heartbeat remind you that it's not.  Rachel McAdams is the perfect choice for the role of Mary.  She's sweet and seemingly down-to-earth.  Her expression of love with a twinkle in her eye can't be ignored and she too, is someone you want to be like.  Bill Nighy is the epitome of an older, wiser, yet lighthearted father.  And Lindsay Duncan is the mom that truly cherishes her husband and children; she too is the epitome of  "mom."  Now with all this perfection in family roles, the film wouldn't be complete without a few characters that are less than perfect.  Lydia Wilson is the free-spirited sister who just doesn't have it all together and Tom Hollander plays the playwright full of angst, spewing humorous sarcasm to those around him for more awkward laughs.  All in all, a wonderful cast with characters that balance the script and entertain you for the full 123 minutes.  Not once did I look at my watch for the time.  For once, the movie wasn't about the time as it completed its mission to entertain and tell a story. 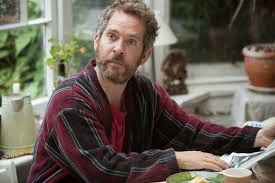 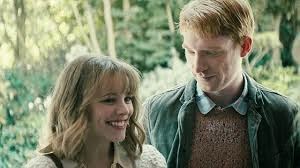 ABOUT TIME is truly about time.  It touches upon the meaning of life and loving every day for what it is---the good, the bad, the funny, the ordinary and then embracing every moment.  This is no doubt a love story full of sweetness regarding romance, marriage, family, and friends.  But it's much more than that.  It is a story about the time we have and how we choose to fill it.  "About Time" is humorous in relatable ways, touching and maybe even a bit sappy in parts, but only in pleasurable ways.  This is a perfect date movie, a girls' night out movie, or just a change of pace movie.  You won't regret your time or your money spent.  It's about time there was a movie like this!