THE APPEARING by Pamela Powell 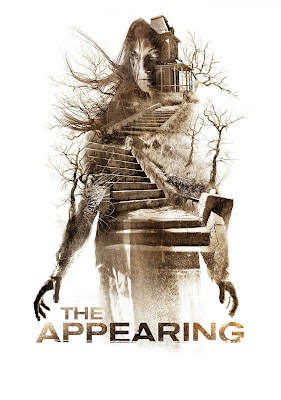 "The Appearing," starring Will Wallace, Dean Cain, Don Swayze, and newcomer Emily Brooks, is a classic Good vs. Evil horror film.  With demonic possession or "spiritual warfare" as Daric Gates, writer and director describes it, the film will give you chills,  and make you jump and think twice about going home to that empty house at night.

A young couple, Michael and Rachel, move to a remote and secluded town to escape an unspoken tragic past.  Inexplicable events begin to occur immediately upon their arrival to this sleepy little town.  Michael's job as a deputy sheriff starts with a bang as a young girl is reported missing.  Upon investigation, he begins to sense the town has many secrets yet to be revealed.  His wife, meanwhile, stumbles upon her own findings which turn out to be dreadfully evil. 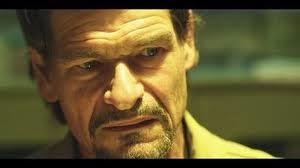 "The Appearing" is reminiscent of "The Exorcist" with its demonic possessions and exorcisms, but with more religion and biblical background giving the film more depth.  With the creative camera angles and haunting music, tension abounds from the beginning.  This eerie and truly creepy film will keep you on the edge of your seat wondering which way the story is going to go next.  Only bits and pieces of the sinister puzzle are given to you so that you can try to fit it all together.  Thankfully, unlike most horror flicks, there is some unpredictability to it yet it still manages to entertain you with the predictable horror special effects.  Although not a gory horror film (again, thankfully), it still has a few mildly violent and bloody scenes that fit this genre. 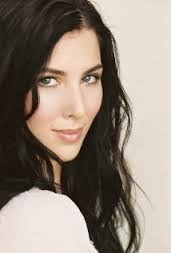 The cast of characters is well-rounded with each role balancing the story. While Michael's non-believer attitudes are expressed, his superior, Sheriff Hendricks, expresses very different beliefs.  But you can see there's more to the story than he's telling.  The same is quite true with the local priest who should be the center of trust, but is not.   Again, there's more to it than meets the eye.  The use of quick flashbacks helps paint a more complete picture, but not enough to give everything away until the end. 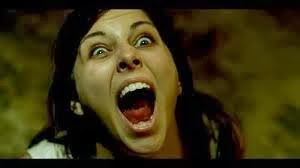 Emily Brooks plays the lead role of Rachel, turning on a dime from sweet, loving, grieving wife, to hell-bound demon.  Her eye gaze, head moves, and body posturing was scarily convincing during her possessions.  Will Wallace was also quite convincing in his role of the spiritually lost husband.  His interaction with Don Swayze who plays Sheriff Hendricks, is a wonderful display of balance in personalities.  Wolfgang Bodison embodies the nervous and less than confident priest. The scene in the psych ward in the hospital is a favorite as Joe Estevez ad libbed his performance as a mental patient.

The setting is perfect ranging from a secluded house in the woods on a lake to a house from the movie "Psycho."  The original musical score by David Das adds to the ambience, but never takes it over.

"The Appearing" takes advantage of great filming techniques, a tried and true story-line, but kicks it up a few notches by adding psychology and more in-depth religion into the mix.  This is not a typical gory, bloody horror film.  It's a horror story that's interesting, full of tension and has a few twists and turns.  But keeping true to the horror genre, the special effects of possession are still all there.

Check out "The Appearing" for a solid horror film that'll entertain and keep you on the edge of your seat.


Watch the trailer here:  THE APPEARING trailer
Listen to the interview with filmmaker/writer/director Daric Gates along with 2 of the stars of the cast, Will Wallace and Emily Brooks!  The Appearing Interview