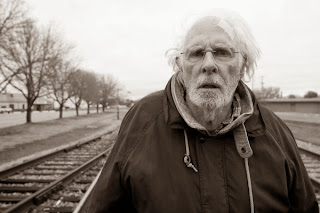 Bruce Dern and Will Forte star in "Nebraska" which delves deeply into the heart and soul of an elderly father and his adult son's relationship.  But it's more than that.  It's also a story about family, aging parents, and seeing that it is never too late to get to know your parents. 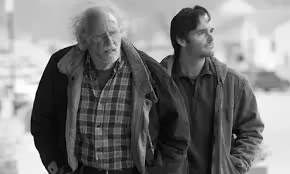 Dern plays Woody Grant, an older man living in Montana who receives a sweepstakes ticket in the mail indicating that he has won a million dollars.  Giving up on finding someone willing to drive him, he sets out to walk to Lincoln, NE.  Woody’s son David, is exasperated by his father’s intentions and finally agrees to accompany him on this trip. 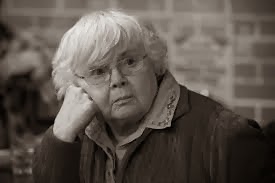 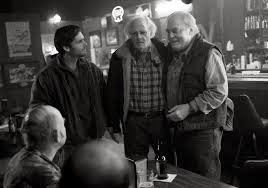 Filmed  solely in black and white, this film captures the essence of the working class in the west.  It actually feels as if it could be any small town in the Midwest.  From the neighborhood streets lined with 1920 style houses to the cluttered house and well-worn clothes, the old, retired couple could be anyone's mom and pop.  Additionally, as I am sure many 40-50 somethings might also relate to the fact that this older couple  is constantly at odds with one another.  The conversation is humorously typical of many couples having been married over 50 years---at least it's humorous from the outside looking in!  As I look back at my parents' conversations when I would visit for a few days, it really wasn't so funny while I was there...it drove me nuts!

As Woody and David travel a road filled with detours and potholes, they both have different goals:  David to prove there is no million dollars and Woody to prove there is.   Bumps in the road consist of humorous situations that only an alcoholic with signs of dementia could find himself in.  To break up the trip, they find themselves staying with family along the road.  But when these uneducated, unmotivated family members learn of Woody's supposed winnings, the family shows its true colors all in a realistic, but funny way. 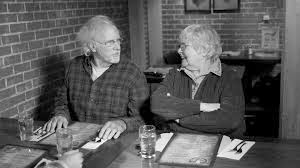 Dern was the heart and sole of Woody.  Looking through his finger smudged glasses, you can clearly see his confusion in his world.  He reminds us that this older generation is a trusting one and can easily be duped by scam artists.  Gone are the days that Ed McMahon rings your doorbell and presents you with a gigantic sized check for $1,000,000.  (Why do I say that picturing my pinky next to the corner of my mouth?) Will Forte’s character of David has such depth.  He is the epitome of a 40-something son who struggles with his father’s inabilities and decline as well as past transgressions.  Anyone with aging parents can easily relate to his situation, even if your father hasn't attempted to walk to Lincoln, NE. 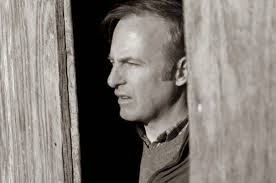 Along with Dern's ability to completely embody this confused, aging husband and father, the writing of the script is spot-on.  Woody’s wife Kate is a spry and fiesty woman who speaks her mind and tells all---whether or not you want to hear "all."  Her matter of fact delivery is hysterical, but also bitter-sweet in parts as you know she truly loves her husband.  Ahhh, to be 80 and just tell it like it is and people think it's endearing.  I'll be a happy camper at 80!

NEBRASKA is a tender, sweet, sad, yet funny story about aging and life.  Many of us will relate to this very middle class family dealing with dementia.  Dern's performance is nothing short of stellar.  The rest of the cast perfectly portray their individual roles with humor and heart.  As we baby-boomers age, many of us deal with one or both parents exhibiting less than ideal aging conditions.  "Nebraska" reminds us that we are not alone and it could be worse:  Dad could be walking to Lincoln.