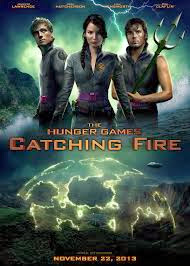 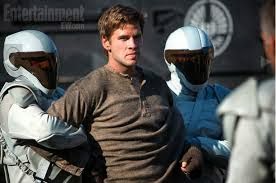 “The Hunger Games: Catching Fire” opens today nationwide to sold out audiences.    This is the second of three films based on the popular young adult books of the same name by Suzanne Collins.   Keeping the cast constant with Jennifer Lawrence, Liam Hemsworth, Woody Harrelson, and Josh Hutcherson helps the story continue seamlessly.  If you’re wondering if you need to read the books or see the first movie, the answer is a resounding yes!  The story of Katniss Everdeen picks up exactly where it left off with the first movie, “The Hunger Games.” 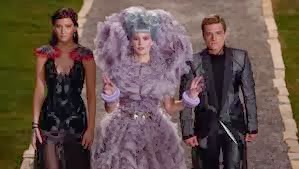 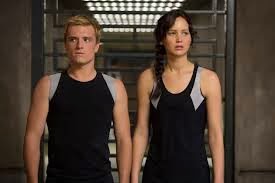 As “Catching Fire” begins, the 75th Hunger Games are about to begin with “The Reaping.”  President Snow sees that Katniss Everdeen has become a symbol of hope for the other Districts.  The rules of the upcoming games have changed by President snow in order to eliminate Katniss and the possibility of hope.  She and Peeta are chosen to once again be pitted against other former winners in now the 75th Hunger Games.  But this time, only one winner is possible. 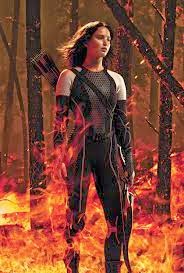 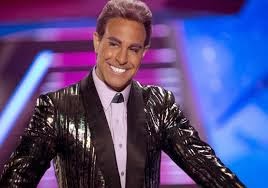 “The Hunger Games: Catching Fire” emitted high energy from the opening scene.  The story stayed true to the book capturing the essence of every written word.  The costuming and make up of the over-the-top Capitol characters came to life on the screen exactly the way your mind brought it to life while reading.  Effie and Caesar are visually striking with their exaggerated speech and mannerisms for full entertainment value.  Caesar with his chicklet white teeth, high pony tail, and purple eyebrows is stunning.  And Effie’s gold hair, butterfly dresses, and perky voice are extreme and captivating.  Thankfully, Haymitch and his excessive drinking remained constant providing many laughs to lighten the weighty topic of death.  As Peeta and Katniss fight their way in the newly revised arena by Plutarch, alliances are made with a variety of characters.  The special effects  within the arena are amazingly realistic as are the CGI animated beasts.  The settings and scenery are captivating.  The gorgeous landscapes of District 12 and the almost cartoon-like city of Pan Em are delightful.  In addition, the intensity of this film is constant which makes this 2 hour and 26 minute film fly by. 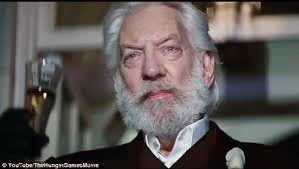 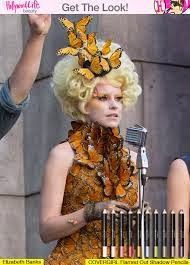 Jennifer Lawrence’s performance embodies Katniss Everdeen.  Her performance is fluid and comfortable as this new symbol of hope.  Josh Hutcherson who plays Peeta, seems to be more at ease in this film than the last as he has more personality.  And for all those young female fans of Liam Hemsworth, he too portrays more strength and naturalness as Katniss’ true love, Gale Hawthorne.  The standout performances, however, are the extreme versions of characters.  Donald Sutherland who plays President Snow, is evil personified.  He is quite convincing as the heartless leader with his cold, steely eyes and measured speech.  Stanley Tucci who is Caesar Flickerman seems absolutely maniacal as his expressions and voice vary to extreme degree at the drop of a hat.  Elizabeth Banks as Effie Trinket, parades around in her bizarre outfits and quirky voice, but shows heart and love for these apparently doomed District 12 winners.  From evil, to sadistic, to just plain weird, these three appear to be having fun in these roles.  The core group of actors obviously interact and work well with each other giving the viewers a solid and delightful performance. 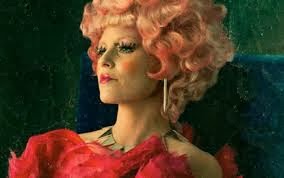 “The Hunger Games: Catching Fire” is a must-see film for all those loyal readers of the series.  As it stayed true to every aspect of the book, you will walk away feeling satisfied that the film version was as it should be.  The end sets it up perfectly to bring in the third and final film, “Mockingjay.”  If you haven’t read the books, be sure to see the first film prior to seeing this one.  It’s an engaging movie with great stunts and special effects, visually captivating costuming and make up, and a high intensity story-line. You’ll be just as absorbed in the film as you were in the book.