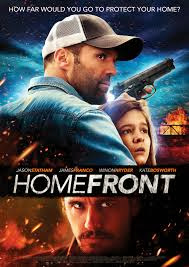 Looking for the perfect Thanksgiving holiday film to get the season started?  Thinking that a film called “Homefront” will fit that ticket?  Think again.  This Jason Statham film is one of many typical Jason Statham movies. Written by Sylvester Stallone and starring Statham along with James Franco and Winona Ryder, “Homefront” is an action thriller.  Perhaps in the holiday spirit, it will get your adreline pumping in order to fight the crowds in the short 4 week Christmas shopping season just around the corner. 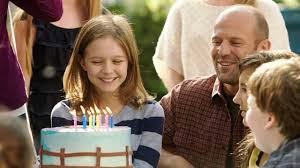 Phil Broker (Statham), a former DEA agent who is also functioning as a single father as he recently lost his wife, moves to a remote town in Louisiana.  As he takes on the life of an ordinary man to escape his former stressful job, his feisty daughter draws attention to them.   Coincidentally, the man Broker previously put behind bars is connected to the town’s drug lord.  I know!  What are the chances? Set in the backwoods of Louisiana, the questionable genetic pool seems to breed more than strange characters; it also breeds contempt for the law and normalcy.  The story captures bullying from the elementary schools which then spills over into the “adult” population as Broker and his daughter then stand up for themselves.  Broker’s exceptional fighting skills draw even more attention to them.  Retaliation is next on the list for these backwoods bumpkins who tote guns and cook crystal meth.  What follows is quite predictable.

As with all Jason Statham movies, no matter the writer or director, the film is an intense  thriller full of explosions, gun fights, fist fights, protecting the innocent, and righting wrong-doing.  This screenplay follows all the other Statham movie formulas.  Not only are there distinct “good guys” and “bad guys,” but there is also a damsel in distress.  This time, however, the damsel is his daughter. 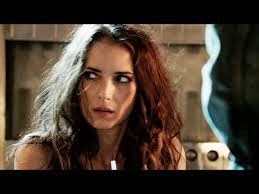 The formula is the same because it works with these types of movies.  It is predictable, but it isn’t boring.  Who doesn’t want to see a dad do anything to protect his little girl?  The fights scenes aren’t non-stop and don’t put you on overload as some films do.  There is a touch of story in it to keep you connected.  Are the fight scenes completely unbelievable?  Of course they are.  Does Statham’s character somehow fight off 5 burly men with his hands tied behind his back?  Of course he does!  Can he flip a car multiple times, dodge bullets, and evade the police without a scratch?  I think you know the answer.

Where this Statham film is a little different is with the cast.  James Franco plays the “bad guy” and a good “bad guy” at that!  Franco is a versatile actor who can pull off whatever role is placed before him.  Winona Ryder skillfully plays the sketchy, rather sleezy role of Cheryl, Franco’s meth partner and love interest.  The two are quite the capable couple.  And Statham is Statham.  His character never waivers and his athleticism shines through.  Another difference is the filming technique which appears so jerky and unsteady at times that it’s visually irritating.  It actually made it difficult to see who was on the screen and what was happening. 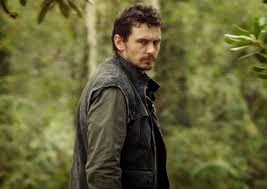 Overall, “Homefront” is the typical Jason Statham film.  It’s full of high action, lots of incredulous fight scenes, a smattering of explosions, and a damsel in distress.  This formulaic film follows the predictable path leading you to the expected end.  Somehow, it’s not boring as it gives you enough of a storyline to keep interested.  The violence might be a bit much for some, but as with all other Statham films, violence is just a part of the movie.  Don’t be fooled by the title “Homefront” and its release around Thanksgiving.  It has absolutely nothing to do with that warm, fuzzy feeling you get when you go home to mom’s place.  If you’re a Jason Statham fan and in the mood for an action flick, go see it.  Otherwise, wait for the DVD.