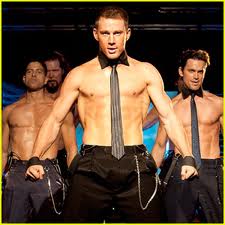 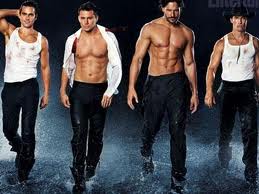 Magic Mike left me dissatisfied and unfulfilled.  With all the hype I was anticipating a fun-filled and upbeat movie.  Instead, my friends and I left the theater wanting to just go home and go to bed...alone!  Magic Mike starring Channing Tatum and Matthew McConaughey and directed by Steven Soderberg, fell victim to the over-hype villain.  It seems that the more a movie is marketed, the more disappointing it is.  Magic Mike fell into this category.

Magic Mike is about a 30 year old stripper, Magic Mike (Tatum) who befriends a 19 year old lost soul and wrangles him into the lifestyle of stripping.  Magic Mike has other interests and considers himself an entrepreneur with the goal of devoting his assets (pun intended!) to building his furniture making business.  The cast, for the most part, is gorgeous with not only  Tatum and McConaughey, but also Matt Bomer and Joe Manganiello.  The story revolves primarily around Dallas (McConaughey), a somewhat sleezy and aging strip club owner and his control over Magic Mike and his new recruit, Adam. 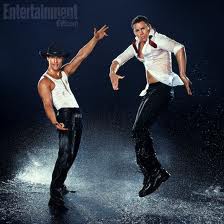 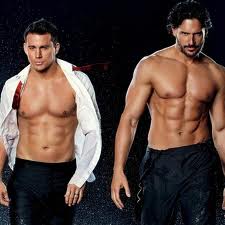 I really had no knowledge of the story-line as I entered the theater.  Like I said, I went for sheer entertainment and fun.  The story started off slow, but I was ok with that as maybe, just maybe, there might be some depth to this movie along with just watching some gorgeous bodies dance.  The story, however, floundered.  The characters attempted to be developed but you can't do much with cardboard.  Tatum played the usual gorgeous guy that's sweet and not afraid to cry (yes, tears welled up in his eyes at one point) and McConaughey played the fast talking southern charmer.  Cody Horn (Adam's sister, Brooke) played a slight love interest of Magic Mike, but with her constant sneer I really couldn't tell what she was thinking or feeling.  The dance numbers that the strippers performed ranged anywhere from embarrassment for the actors to mild entertainment.  Granted, I've not been to a lot of male strip clubs, but I'm not sure why the actors were cast the way they were;  they just didn't fit the bill in anything other than body.  The story line stretched out to try and cover many different angles while never really completing one of them to a satisfactory conclusion.  In addition, the cinematography was visually unappealing and at times bothersome.  The filming in sepia tones and odd angles made me notice that more than the movie as a whole.  Cinematography should never take away from a movie, but compliment it. 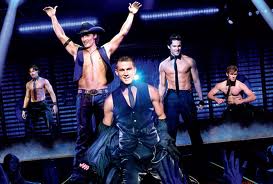 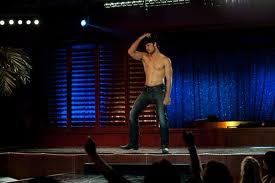 While the actors playing strippers were gorgeous to look at, the lack of fun dancing and a good story made this movie a snoozer after a while.  I am sorry that millions of women wasted their money seeing this in the theater.  This is definitely a wait for the DVD, if at all, kind of movie!  In hindsight, my friends and I should have pulled out of that movie early and headed out on the town! 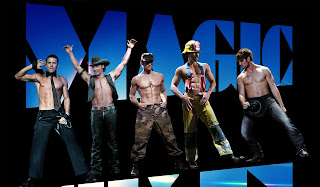