"The Odd Life of Timothy Green" A Review by Pamela Powell 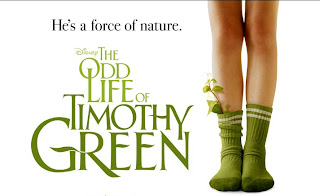 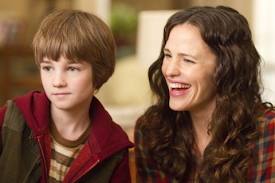 "The Odd Life of Timothy Green," a Disney production, told the story of a childless couple who had finally given up on having a child.  Upon their final decision to stop trying, they put together ideas of what their child would have been like.  Burying this box that held their paper dreams, they vowed to move on.  However moving on was to be in a different direction that they ever could have imagined.  Timothy, their new son, sprouted up from the garden to give them a more plentiful bounty than they thought possible.   Jennifer Garner (Cindy Green), Joel Edgerton ( Jim Green), and CJ Adams (Timothy Green) starred in this film.  CJ Adams, from "Dan in Real Life," stole every scene with his cherubic looks and huge puppy dog eyes.  Jennifer Garner and Joel Edgerton played the not-so-perfect parents perfectly. 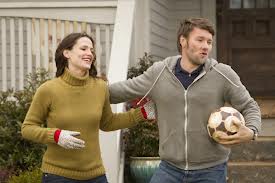 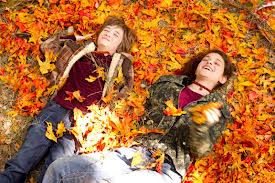 "Timothy Green" was a sweet story with a moral as well.  I likened it to Disney met Hallmark Hall of Fame holiday television movies.  It was heartbreakingly, tissue tearingly, sweet.  Your heart broke for this childless couple.  You rooted for them every step of the way, but you knew the story would have its ups and downs so that your heartstrings were yanked upon in many different directions.  The film was complete with the not-so-sweet sister of Cindy Green, the not-so-loving grandfather, and other characters to make this movie complete.  However, everyone that interacted with Timothy was better for having done so including the grandfather and Cindy's sister.  Yes, Hallmark met Disney to make "Dismark." 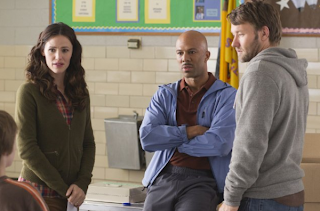 Although I thought this was a predictable tear-jerker, I enjoyed it.  Not having kids that would go to this movie (17 and 19), I think I could have skipped it or waited for the DVD.  This would be a great movie to take your elementary school kid to and feel comfortable knowing that it's safe.  No bad language, a little first crush sweetness, positivity galore, and love abounds in this movie.  The icing on the cake is the moral of the story is a great one to hammer home to kids just before they head back to school.