ADMISSIONS WAS ADMITTEDLY BETTER THAN I ANTICIPATED! by Pamela Powell 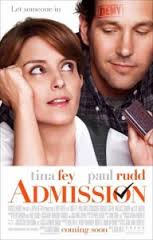 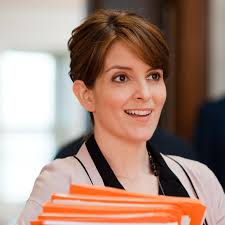 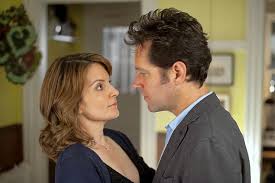 Out of the four movies opening this weekend, I chose to see "Admission" as I couldn't bring myself to see another stressful, end of the world, blow things up kind of movie (Recently viewed "The Call" or currently opening "Olympus Has Fallen").  My other choices were total trashy looking films ("Spring Breakers") or a kids' cartoon ("The Croods").  However, I really didn't have my hopes up as I was afraid, and history usually repeats itself, that they had given away any and all of the funny parts in the trailers.  Luckily, I chose the right movie and I was wrong about the trailers!  See?  I can admit when I am wrong!  (This comment is directed to my family!)

"Admission" starred Tina Fey, Paul Rudd, and Lily Tomlin.  The story focused on Tina Fey's character Portia, an admissions counselor at Princeton who was being considered for the top-dog position at the prestigious school.  Her priorities and focus on her job shifted considerably after having met John Pressman (Rudd) who was the principal at a nearby alternative high school.  Apparently, he had found Portia's son whom she gave up for adoption years ago and was currently attending this alternative high school.  This student wanted nothing more than to go to Princeton.  We watched as Portia tried to deal with this information in a humorous, yet touching way. 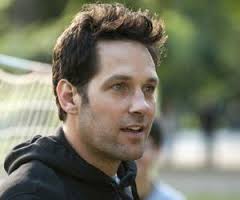 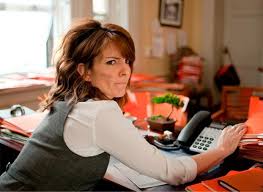 I give the writer, Karen Croner, a lot of credit for creating this screenplay and taking it in directions that perhaps another writer may not dare to do.  She took chances to make this not just funny, as I am sure she had complete confidence in the abilities of Rudd and Fey to do so, but also touching.  She kept the humor, but added some realism to it as well.  She touched upon the emotions that an adoptive child might have as well as seeing things through the eyes of the mother who gave up her child.  But again, I want to emphasize the fact that it didn't dwell on the sadness or the emotional roller coaster ride of these characters.  It threw in a lot of fun aspects as well such as Portia's relationship with her mother (Tomlin), her boss, her cut-throat co-worker, and of course, Rudd's character.  "Admission" also addressed what an admissions counselor might actually see when viewing thousands of college applications.  Having just had my daughter apply to 19, yes nineteen, different universities, I truly enjoyed this aspect of the film.   We delved into the mind of Portia as she envisioned each of the applicants as real people.   These "real" people then reacted to various portions of their application being read.  Then the gauntlet came down...The red check mark went to the DENY, ACCEPT, or WAITLIST box. 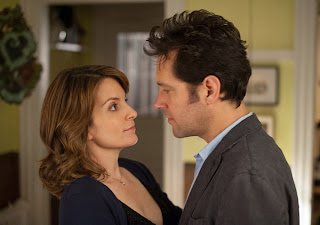 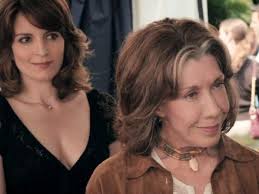 "Admission" was somewhat predictable in parts, but not completely.  Everything didn't follow the predictable path of happiness, yet it was still a fun, humorous, and upbeat film.  I was definitely entertained by the creative balance of humor and real life situations as well as the far-fetched concepts.  Although the chemistry between Fey and Rudd wasn't there to me, I easily looked past that as the story was engaging!  "Admission" is worth seeing in the theater, but if you don't catch it there, be sure to do so when it comes out on DVD.