THE INCREDIBLE BURT WONDERSTONE NEEDS A DISAPPEARING ACT FROM THEATERS! by Pamela Powell 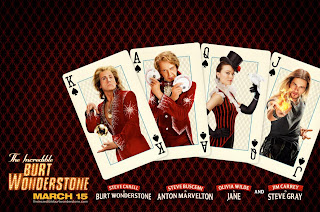 I don't typically go to midnight openings of movies, but I made an exception for "The Incredible Burt Wonderstone."  My 17 year old daughter scoffed at me for this decision as it is way past my regular bedtime (The midnight screening was actually a 10 pm one, but still...) and as she put it, "It's going to stink.  Just because it has big names in it doesn't mean they can't sell out."  She was right. 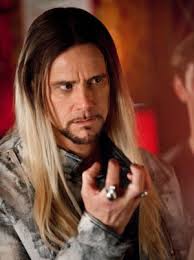 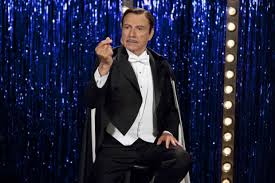 As I sat in the theater, freezing to death as apparently some theaters don't keep the heat on after 10 pm, I kept hearing my daughter's words in my head.  I blocked them out as I'm sure she blocks several of my comments out.   "The Incredible Burt Wonderstone" had quite the cast:  Steve Carell, Steve Buscemi, Jim Carrey, Olivia Wilde, James Gandolfini, and Alan Arkin!  How could it go wrong?  Well, that's not a rhetorical question, so let me list the ways!  Writing, directing, acting, story-line, character development or lack thereof, etc. The premise seemed entertaining:  2 life-long friends, total geeks and outcasts as children, grew up to become headliners at Bally's in Las Vegas.  Their friendship wanes and the newcomer, Steve Gray (Carrey) who I likened to the "stars" of 'Jack Ass,' gives them that final shove out the door into oblivion.  How will they make a comeback?  Oh, if only this movie was totally predictable!  POOF!  It's magic!  It was totally predictable!  Actually, if it was totally predictable, it would have been a better movie.  They completely missed the mark in bringing any life and enjoyment to this film. 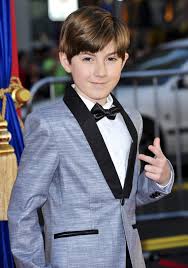 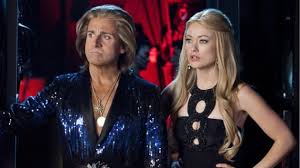 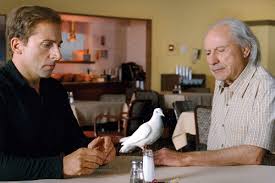 Initially, the movie started out quite endearing.  The young "Bert" in elementary school has a rather dismal life; getting bullied and having no friends and having a rather uninvolved mother.  But the gift of a magic set on his birthday sets him down a different path in life.  Fast forward 20 years later and we have the rest of the movie.  Now, you would think that Steve Carell and Jim Carrey could comedically carry any movie...but they didn't.  I laughed out loud in one part, but I don't think it was supposed to be a funny part!  Carell's character's affected speech and Jim Carrey's "new look" was more than I could handle.  It was over-the-top, but not far enough over to make it funny.  It just made it pathetic.  The superficiality of the movie along with the contrived scenes made the 100 minute movie seem like a 200 minutes movie.  Wow!  Magic again.  Alan Arkin played an aging magician who had inspired kids from all over to become magicians.  Thank God Alan Arkin will be remembered for "Argo" as opposed to the other flops he's been in recently such as "Stand Up Guys" and now this one.  All of these actors can be wonderful.  Steve Carell was in one of my top 10 movies, "Dan In Real Life."  Jim Carrey could always make me laugh, even in silly movies like "Liar, Liar."  The list of films from all of these actors goes on and on.  I guess there's only one conclusion that I can come up with for these actors to have taken on these roles:  money.  Let's be honest here, wouldn't you do it too? 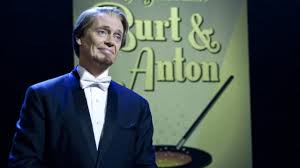 My recommendation is to skip this movie all together or at the very least, wait for the DVD.  The story, the humor, and the creativity just isn't there.  Let's send a magical message to Hollywood and not go to the boxoffice.  POOF!  We just might get better quality films!