OLYMPUS HAS FALLEN WAS AN EMBARRASSMENT by Pamela Powell 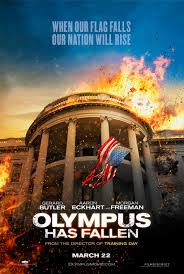 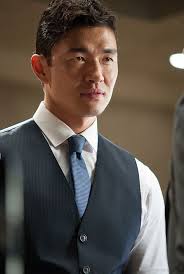 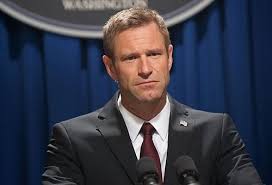 I am a new Quentin Tarantino fan.  That's right.  I'm a convert after seeing this movie.  You see, "Olympus Has Fallen" has made Mr. Tarantino look like the director of Romper Room.  (Yes, I'm old.)  "Olympus Has Fallen" was 99% shooting, blowing things up, blood spurting, realistic violence.  At least with QT, much of the violence is comic-bookish.  With "Olympus" is was disgustingly real and disturbingly savage.  Rarely, do I get up and walk out of a movie.  I have fallen asleep in several movies, but walking out is seldom done.  I lasted 45 minutes and couldn't take it anymore.  My reasons are many and I just couldn't waste any more of my time.  I had already wasted my money for my husband and I to see it.  In fact, he was the one that suggested that we leave.  I didn't argue. The premise of "Olympus Has Fallen" is that a foreign country is disgruntled with the US for some reason and takes over the White House and takes the President hostage.  "Olympus" took on various realistic aspects of life in order to make this movie.  The setting was Washington, D.C.  The branches of government were ours.  It took place in the current day.  These were all realistic aspects.  In addition, in real life there are countries that don't like the US.  However, these few pieces of realism weren't enough for me to buy the rest of the movie.  First of all, I truly have more faith in my country and those that protect me to believe that one plane could possibly fly into White House air space without being shot down.  I lived less than 2 miles from the White House and I know that the only airplanes or helicopters I saw fly overhead were the Presidential ones.  In a movie, you have to suspend belief...I know that.  But there has to be a smidgeon of credibility there.  I really do think that if a plane flew in, it would be taken down without question.  Then we had the battlefield as they entered the White House.  Please.  A bunch of foreign people in 1980's polos and facemasks were able to take down the Secret Service and all the guards?  I felt like I was watching one of the many Civil War reenactments I was subjected to while I was 8 months pregnant, standing in a field watching the lines of soldiers being gunned down.  Hunker down, people!  Don't march into the death trap.  That's what happened here.  Lines of Secret Service Agents came out in lines only to be gunned down.  Again, I have more faith in our military than that.  I'm also guessing we have given our agents and police officers bullet proof vests.  Maybe I'm wrong, but I think not.  It was one preposterous event after another paired with non-stop shooting and blowing things up that set me over the edge.  That's entertainment?  Really? 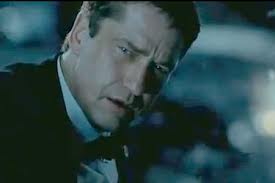 Morgan Freeman, Aaron Ekhart, Dillon McDermot (or is it Dermot Mulroney?) and Gerard Butler were in the same room with me (albeit on the screen) and no one's blue eyes or charismatic abilities could make me stay.  I am more than disappointed; I am embarrassed.  Embarrassed for these actors who have entertained me in many wonderful or even mediocre films in the past.  Please, put me in a room and make me watch "Transformers" again before you make me go back and watch the entire movie of "Olympus Has Fallen."  As my husband said numerous times on our snowy ride back home, "Do they really think this was entertainment?"

Skip this poor excuse for a movie.  It's non-stop violence and non-sensical sequence of events are an embarrassment to the film industry and to viewers alike.  Don't waste your money.