THE KINGS OF SUMMER reviewed by Pamela Powell 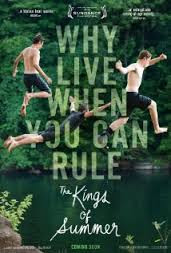 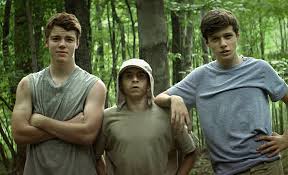 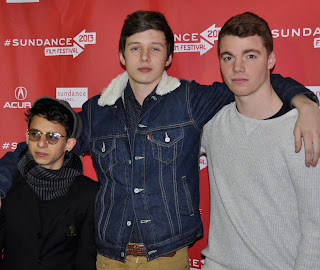 I  want you to think back to being a teen.  Yes, for some of us, it seems like a century ago, but I know you can do it.  Remember having rules, curfews, nosy parents?  (Let's not think about the braces, the zits, and the glasses...that gives me the chills.)  Everyone's parents drove them nuts because they just didn't understand, right?  What was one of the most irritating behaviors one of your parents had?  My mother wore a "house coat" during the day with curlers in her hair.  No, that wasn't embarrassing at all.  Well, THE KINGS OF SUMMER brings us all back to the days of being a teen.  In this film, three teens with varying irritation with their parents, decide to run away and build their own "home" in a clearing in the woods.  They become the kings of their domain. They have no rules, but do have to fend for themselves which may prove to be a bit more difficult than their handy little guide book initially implied. 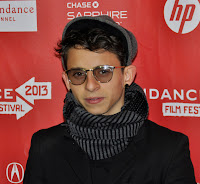 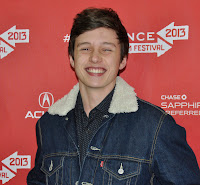 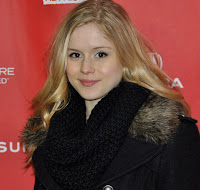 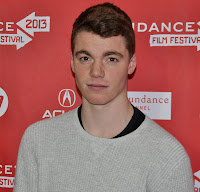 "The Kings of Summer" was originally entitled "Toy's House" and premiered at the 2013 Sundance Film Festival.  There was so much buzz about this film, that tickets were nearly impossible to get and rightfully so!  Nick Robinson, Gabriel Basso, Moises Arias, Alison Brie and my favorite couple Nick Offerman and his wife Megan Mullally, starred in this coming of age movie which appealed to both genders and all age groups. As we were introduced to the boys and their families, the story unfolded from the boys' perspective.  Relationships were at the heart of this movie.  From family relationships, friendships, to young love, Joe, Patrick, and Biaggio all see things a little differently.  Relationships and self-perception, as I am sure we all remember, were a terrorizing roller coaster ride at this age.  The film aptly paints that picture as the boys build their dwelling, "hunt" at the local chicken shack, and tackle relationships between themselves, girls, and their parents.  The stressors throughout the movie (yes, there's young love so a girl is one of the "stressors") push these boys to grow up and test the waters of what's ahead.  Painted with deft skill and beautiful imagery, "The Kings of Summer" reminded me of what was important when I was growing up.  The decade is different, but people and relationships haven't changed a bit.  Discovering your world as well as yourself was an adventure each and every day.  Through humor and realistic characters, "The Kings of Summer" was the perfect summer adventure. 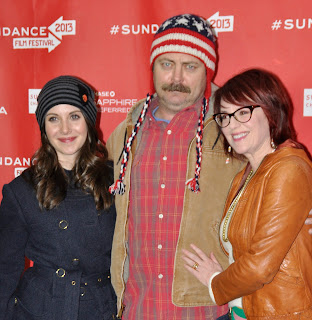 All three boys in this film were unknown to me, but were wonderful to watch.  They depicted exactly what they were:  three teens who were still finding themselves.  Of course, Nick Offerman was perfect as the mildly sarcastic, yet loving father of Joe.  His timing, expressions, and demeanor were attributes that I could never tire of.  Offerman's wife, Megan Mullally, played Gabriel's overly sweet and loving mother to a "t." The cast, writing, direction, and location of filming couldn't have been any better.  I laughed, I sympathized, and I related to so many aspects of this movie that I left the film uplifted.  It was entertaining to watch this film from the kids' perspective, but now being a mom myself, I saw bits of me in this film.  Do you think I drive my kids bonkers?  I asked them both at dinner recently.  Be careful what you ask...you might get an answer!  Seriously, they said I was perfect.  Really!

"The Kings of Summer" is a summer movie must-see for all.  Even though the main characters are boys, both male and female, no matter his or her age, will enjoy this film.  Go see "The Kings of Summer" and reconnect with nature and your youth!  And parents, try not to drive your kids nuts this summer!