SOME GIRL(S) by Pamela Powell 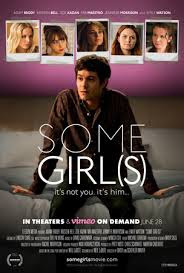 With "Some Girl(s)...." you can fill in the blank here.  You could say, "Some girls never learn," or "Some girls have low self-esteem," or "Some girls seek revenge."  Now it's your turn.  You fill in the blank.  Some girls______.  In the film, "Some Girl(s)," a successful writer travels around the country seeking forgiveness from his ex-girlfriends.  However, what he gets is much more than he bargained for.  "Some Girl(s)," originally a play by Neil LaBute and adapted to the screen by the same author, tackles a topic that some might consider a nightmare.  Starring Adam Brody, Kristen Bell, and Zoe Kazan, this nameless main character, apologizes to many exes in the hopes of forgiveness.  Why would any man put himself in this situation?  He wants a clean slate before he marries.  Good luck with that one! 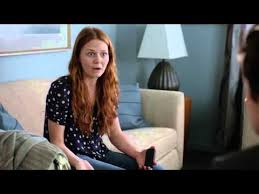 I'm addressing all the women now.  What would you do if you had the opportunity to set the record straight with someone from your past who broke your heart?  Picture him calling you out of the blue, wanting to meet, but not saying why.  Would you go?  Would you have dreams that he wanted you back?  Or would you give him a piece of your mind and put him in his place?  These are the questions posed as Man, as we will call him, checked in on five former loves.  Man first showed up in a Seattle hotel to visit a high school sweetheart that he dumped senior year before prom.  15 years have passed. Sam was now confronted with her long lost love being brutally, but not intentionally, honest with her regarding their break up.  Maybe some things are better left unsaid! This awkward interaction left me wanting to slap Man silly!  As Man zig-zagged across the continent, visiting these extremely varied individuals, he was left with more questions than he started with.  Each woman dealt with his pompous, overconfident, and frequently condescending attitude in different ways.  Which woman would you have been? 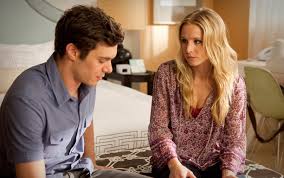 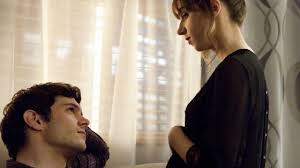 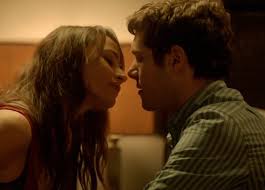 "Some Girl(s)" was a clever and entertaining look at how we women feel about ourselves and past loves.  With realistic, engaging dialogue and adroit acting, "Some Girl(s)" brought you back to your own long-lost loves.  Each woman represented a small piece of the everyday woman.  Witty, sad, infuriating, and satisfying describe the overall film.  It was a mirror that perhaps every woman should look into in order to gain a bit of introspective knowledge.

"Some Girl(s)" opens in theaters and vimeo on demand on June 28.  Grab your girlfriends and see this film.  Head out for wine and great conversation afterward!  You'll learn a lot about yourselves!