THIS IS THE END JUST WOULDN'T END by Pamela Powell 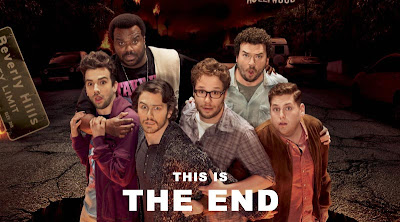 What was I thinking?  Really?  Put together Seth Rogen, Danny McBride, Jonah Hill, Jay Baruchel, and James Franco in an apocalyptic/Book of Revelations horror flick and of course you're going to have scatological references, crass male appendage jokes, and overall immature and sophomoric humor.  But I had hope. Dumbass me!  Again, what was I thinking?

All of these actors played themselves, although I really hope their personalities were nothing like their on-screen selves.  Rogen and Baruchel were past friends from back home who scheduled a visit together in LA complete with drugs, awful food, and video games, trying to reconnect.  Seth was intent on Jay getting to know and like his LA friends.  They attended Franco's party at his new home.  When the world began its very, very slow decent into the end, they all figured out who was truly good at heart; who was a real friend. 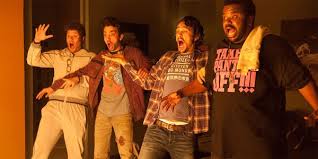 Where do I begin?  Seriously!  I really don't know where to begin this review.  Even my 18 year old daughter looked at her watch several times...an indication that she thought it was never going to end either!  Yes, there were some funny references to past movies and characters, but many of them were unknown to me.  I'd mention the funny ones, but to me, that would blow the whole movie for you.  There would be nothing left to laugh about!  In a nutshell, the movie was childish with lots of screaming and running from things.  The lines were ridiculous and forced at times, but you just knew that these guys were in a love fest with each other.  I think they really thought it was funny!  I just wanted it to end.  This Is The End really should never have begun. 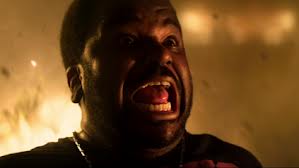 So, unless you're an
18-24 and male, skip it.  I'm not slamming the 18-24 year olds, I'm just recognizing the differences in humor and appreciation.  If you're a religious type, you might find this rather blasphemous and offensive.  There is a nice message in the film though...be nice.

3 REELS because I did laugh a few times...3 exactly.