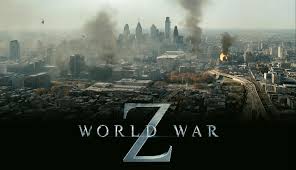 Oh, gee, another Apocalyptic flick.  Yay.  I was so excited...NOT!  But before I get to the review, might I add a bit of movie etiquette?  Please, oh please, do not bring food wrapped in hard cellophane into the theater.  The only saving grace with the 6 year old kid behind me (it was a PG-13 movie, people), was the fact that there were so many bombs and gun fights that it masked the 100dB crinkling!  Anyway, back to the movie.  Former UN investigator, Gerry Lane, with more skills than a Clark Kent, fights against time to find out how to stop the zombies from taking over the entire world population.  Lane's kyrptonite is his family.  His sole purpose is to protect them.  He must save the world in order to save his family. 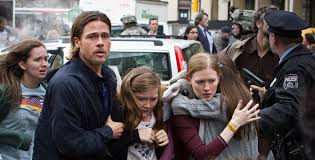 This intense and stressful film struck a chord from the beginning by showing a beautiful section of Philadelphia, in complete pandemonium.  The bombing and the chasing began as Lane and his family sought shelter from the streets of Philly.  It wasn't just Philly, though.  Th entire world was being devoured.  With Lane's investigative services needed by the government to solve this world-ending dilemma, he left his family behind to save the world.  Zombies, however, were the not so obvious culprit to blame as the fleeing victims quickly morphed into flesh eating soulless corpses.   As more and more of the world's population succumbed to the walking dead, Lane had to put together the pieces of this puzzle to save his family. 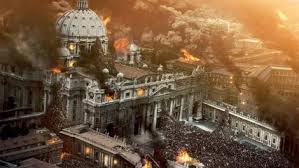 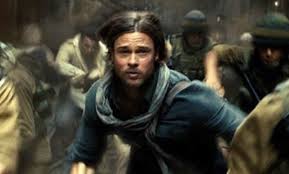 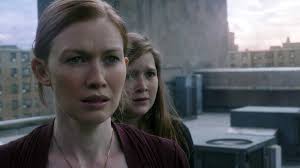 The make up and special effects were quite spectacular.  The close ups of the undead with the heinous dentures and tissue thin rotting skin were captivating.  As the zombies chomped their choppers and squawked their pterodactyl noises, I couldn't help but chuckle a few times...a bit over the top silly, but hey, it's a zombie movie.  What do you expect?  It was definitely a step up from Night of the Living Dead!  These zombies were nothing like the information I have ascertained over the years about the undead.  First of all, daylight didn't bother them at all! In addition, these creatures could not only run, but run fast!  They could also jump and climb like monkeys!  Thankfully, they did adhere to some previous knowledge of zombies in that they were very strong.  Whew!  At least I had some accurate knowledge from my teen years! 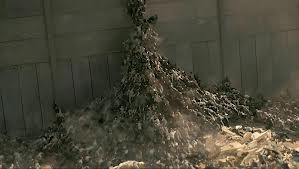 I am thankful that Brad Pitt was in this film as his Hot Dad exterior and intense blue eyes were much more interesting for me to view than the blow 'em up, shoot 'em up zombie movie.  The rest of the cast was just fine in their roles.  The story was rather predictable, but I will admit that I jumped in my seat a few times.  It is fun to get spooked or scared here and there.  Although this film was not my cup of tea, if you like horror flicks with lots of special effects and explosions, you will thoroughly enjoy this movie.  But PLEASE leave your sun chips and your 6 year olds at home.