Oh, to be a teen again...no thank you!  Being a teenager was an emotional roller coaster ride for me.  And I was an average or typical teen!  It was so difficult dealing with your own thoughts and feelings let alone the outside pressures.  With "The Lesser Blessed," try throwing poverty, peer pressure, bullying, and past trauma into the mix.  Larry Sole deals with just that.  He lives with his single mom and her sometimes boyfriend in an impoverished town.  Larry's past catches up with him and how he copes with it has some significant consequences; not just for him, but for those around him as well. 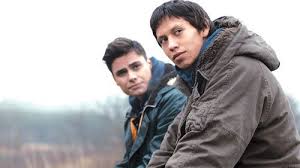 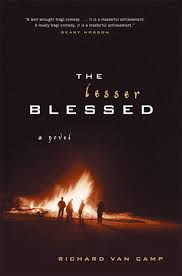 The film was visually appealing and creative from the beginning as we see the completely depressed town reminiscent of many small towns across the country.  The cold, desolate, and harsh landscape with the panoramic view captured the overall feel that Larry had throughout the film.  Larry's thoughts and feelings were shared in narrative form as he went through his typical day in high school.  He was a loner.  He was bullied.  He was in love with a girl way out of his reach, but that didn't stop him from daydreaming about her.  Another American Indian student came to Larry's school.  Johnny Beck couldn't be any more the opposite of Larry, but for some reason they became friends.  With this new friendship came some pressures and expectations as well as forcing Larry to come to terms with his past.  Larry's superficial scars went much deeper.  As Larry examined these scars, he changed. 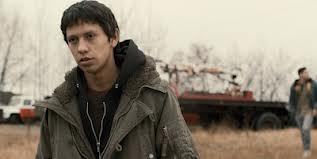 Larry's mother (Tamara Podemski) was an integral part of who Larry was and who he would become.  As a mother, your sole responsibility is to protect your child.  When you fail to do this, you fail at one of the most innate skills in human life.  Larry must come to terms with this as he decided where life would take him.  The pain and guilt his mother exhibited was heart-wrenching.  You knew she loved Larry more than life itself, but you also knew that she failed him.  With the narration of Larry's thoughts, you truly learned who he was and why he reacted the way he did.  You rooted for Larry.  You were scared for him.  You were connected with him. 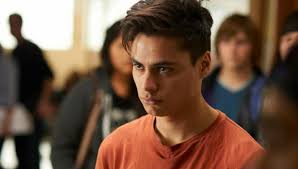 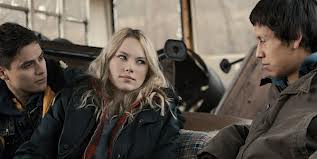 "The Lesser Blessed" was visually intriguing and captivating.  The relationships between Larry, his mother, his mother's boyfriend, and his friends all wove together beautifully.  Visual information was disclosed slowly to pull you more deeply into the story.  Joel Evans' performance as Larry was heartfelt and believable.  He could have been a kid at any school in any town.  His friends represented so many other typical teens living in a poor town leading them to drink, do drugs, or other things, as the town offered nothing for them.   This film was a visually painful, yet beautiful look at one teen's journey through life in this depressed town.  Given this unique perspective of a Native American teen, you gain insight and are touched by the depth of his feelings and experiences.

"The Lesser Blessed" opens today in LA.  Watch for further openings as this is an intriguing movie full of symbolism and hope.